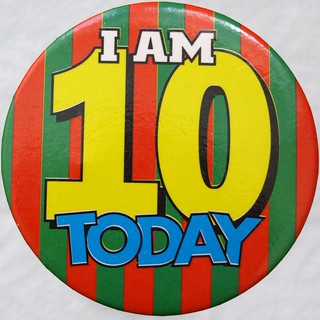 I had it in my head that this year is the tenth anniversary of Gwulo, but it turns out to be both older and younger than that.

Way back in 2002, two years before Facebook appeared, blogs were the hot topic on the internet.

I was talking with a friend about blogs, and we thought it would be fun to start one about expat life in Hong Kong, so Batgung was born. Here's how it looked on 11th September, 2002. You'll see that fancy visual design wasn't (and still isn't!) a strongpoint:

(This screenshot comes from the Wayback Machine, a great way to see how websites have changed over the years.)

We posted occasional short articles to the site, and there was also a discussion board where visitors could post messages.

Some of the early messages on that discussion board were the first signs of what Gwulo would become. Here are the oldest four with a history theme, from thirteen years ago:

They also show the leisurely pace of posting at that time. Only 26 messages were posted to the site in those four months - less than two per week!

By 2005 the layout had changed to include photos:

But all the text and photos still had to be added to the site manually. That was my job so, being lazy, I started looking for an easier way. A content management system (CMS) promised to allow us both to add new articles, etc, and without having to understand HTML / FTP / and all the other jargon. I chose the open-source Drupal CMS, and we're still using Drupal today.

Here's how the site looked at the end of the year, after switching to Drupal. Love those orange links!

The switch to Drupal made it much easier to add photos to the site. This is the first of the new photos, a view into an Air Raid Precautions tunnel:

I used it on the page "Air-raid shelters under Kowloon Park", written in February 2006. It's the page I had in mind when I was thinking of Gwulo being ten years old.

It wasn't the first post with photos, or the first post about historic sites - we already had write-ups of the visits to Shing Mun redoubt from 2003, and Jubilee Battery from 2004. But those had been visits to places we'd read about in books. The air raid tunnel post was the start of finding out more for ourselves.

Another important change happened in 2006. It started when Greg Fripp sent in this photo:

In the comments I wrote:

Photo courtesy of Greg Fripp. Thanks to reader moddsey for writing in and identifying this photo: "[This photo was] taken from the Aberdeen Praya Road with the floating restaurant in the background. I attach a similar photo for comparison."

This was the beginning of readers submitting photos to the website. In particular, moddsey has been a prolific contributor to the site, and I'm very pleased to say he continues to be just as active today.

As I talk about how the site has changed over the years, it is easiest to point to new features and changes in its appearance. But the most satisfying changes have been to see how the community of regular Gwuloers has grown, and how much help and knowledge has been shared over the years.

2008 - A Place for everything, and everything in its Place

Up til then, every page on the site was either an Article, a Photo, or a message in the Forum (Drupal's version of a discussion board).

Enter the "Place", a special type of page to describe a building or other location in Hong Kong. By linking Photos and Places, it became easier to see a photo you liked, then find other, related photos. eg let's say you see this 1950s photo of the racecourse at Happy Valley:

If you want more you can click the link to see the Place page for the Happy Valley Racecourse, and then click the "Photos" tab to see all the photos we have that show that Place. (If you click that last link you'll see Happy Valley has been a popular subject for photos over the years!)

In March 2009 I asked Batgung's readers, "Shall we build a catalogue of Hong Kong's history?"

The ideas I jotted down then are still the guidelines I'm following today:

In the comments on that page, contributor gweipo raised one of the problems we faced:

To be honest i think that your site has become 2 things, one is the present HK with tips for newcomers and oldies on living here, surviving and thriving here.  And then delving into the past.

The content and audience for the present HK & past HK were quite different, and it became clear that they'd do better on separate websites.

Seven years ago in June 2009 I bought the domain name Gwulo.com, and soon after that the new site was launched. I don't remember the exact day the Gwulo website went live, but the Wayback Machine's earliest copy is from July 6, 2009:

Later that year we added the "Person" type of page. The first person to have their own page was Mr Billy Tingle. That page has since been viewed over 12,000 times, and the most recent comment was added just last week.

People, Places, Pictures and Stories continue to be the core of the site.

Transcription - typing up the contents of old scanned documents - is not glamorous work. But the results make great resources for people researching Hong Kong's history.

In 2010 we began the long-term project to transcribe all lucky 88 years of Hong Kong's Jurors Lists, covering years 1854-1941. They show the obvious information of where a man worked and lived, but they also show changing patterns of nationalities and occupations, when roads and districts were developed, etc.

We've completed 34 years already, so we're closing in on the half way point.

If you can spare half an hour to type up a page, we're currently working on the list for 1922. There are thirty pages in a list, and well over a thousand subscribers to Gwulo's newsletters. If we each type up one page we'd finish all 88 years in no time!

December 2011 was the 70th anniversary of the Japanese invasion of Hong Kong. I was thinking about how to present memories of that time in a different way, and that's when the Wartime Diaries project began. We'd take several diaries from 1941-1945, and slice them all up into their daily entries. Then readers could sign up to receive a daily email that shows them all that day's diary entries from seventy years ago. They'd follow the diarists from the declaration of war, through the fighting and the long occupation, to eventual liberation.

The first group signed up in January 2012, and most continued on until the last messages in late 2015. Each December since then, we've started again from December 1941. In a few days' time the sixth cycle will begin, with the new group of subscribers following events from 75 years ago.

Although this project is not as widely used as other parts of the site, it is the part of Gwulo I am proudest of:

At the start of 2013, Mike Cussans uploaded over one hundred family photos of Hong Kong in the 1960s and 70s. Though we didn't realise it at the time, he had created Gwulo's most popular page. So far it has been viewed over 45,000 times!

Here are a few samples:

You can see the full collection of Mike's photos here.

The "Ugly", was definitely the upgrade, moving the website onto the latest version of Drupal. I'd tried and failed the previous year, but after several months work, 2014 was the year we finally moved to Drupal version 7, and the website you're looking at now.

The "Bad" was an example of a little knowledge being a dangerous thing. As part of my ongoing battle against spammers, I thought I'd found a clever trick to keep them at bay. Except I noticed that we were getting less and less people visiting the site, and in particular visitors from Google search were drying up. I finally worked out my "keep spammers away" had also kept all of Google's spiders away, making the site invisible to Google search. Ouch! It took well over a year for our visitor figures to recover from that.

It wasn't all bad though, as 2014 was also the year we won the SCMP's "Spirit of Hong Kong Award", for Heritage Preservation:

Some time in 2015 the site passed 20,000 pages. Now a page can be just a single question or photo, but it can also be a long article with many comments. However you look at it, we've built a significant resource for people interested in Hong Kong's history, and it continues to grow.

That's good to remember if I'm having one of those occasional down days about running Gwulo.

I also think of Carl Smith and his collection of index cards. Can you imagine the day he started? I guess he'd have finished up with a handful of cards. Even after the first year there would have just been a few hundred cards, and the cards would have been more blank space than information. It must have been tempting to stop, and I'm sure people told him he was wasting his time. But he kept at it, until his collection ended up with almost 140,000 double-sided cards. His work will help researchers far in to the future.

I'll do a round-up of the year at the end of the month, but one of the big enhancements this year has been to improve the support for maps on the site. I do like maps! You can see how the maps work in this short video.

Thank you to everyone who has been part of the first ten (or seven or thirteen!) years of Gwulo, I hope you'll stay around for the next instalment.

If you've got any questions about Gwulo, please leave a comment below and I'll be happy to answer. And if you'd like to indulge in a bit of navel-gazing, please let me know your ideas for what you'd like to see from Gwulo in the next ten years.