This is the latest instalment from Rob Weir's records of British military sites in Hong Kong. Here's a map of their locations:

[Each red marker shows one building. Click any marker to see its name. Click the name for more details, and to see if we have any photos of it.

Subscribers - if you can't see the map, please click here to view it online.]

Prior to 1939, Coastal Searchlights were operated by units of the Royal Engineers, and referred to as Defence Electric Lights (DEL). After this time, control passed to the Royal Artillery where they became known as Coastal Artillery Searchlights (CASL). As the majority, if not all, of those built in HK were prior to this changeover, they are referred to in the database as DEL.

Searchlight usage with coastal artillery became common from the late 1880’s, and could be found in HK Batteries, built close to the coastline, from that period.

Hong Kong lights were eventually standardised on a 90 cm diameter carbon arc projector type using a parabola-ellipse reflector. The lights were enclosed in shelters, Matsheds or flat-fronted concrete structures in their early form, or concrete structures with a curved front, enclosed by sliding steel shutters in later types, which are those still remaining in HK. The lights in HK were mostly “Fighting Lights” i.e. able to follow a target or sweep an area, as opposed to a “Sentry Light” which illuminated only a defined area. Lights were controlled from a Searchlight Director Station (SLDS) within the adjacent Battery by remote control, although operators were stationed in the shelter for repairs or backup.

Electrical power to the lights came from engine driven dynamos (generators) in purpose built engine rooms. These, along with associated oil stores and cooling tanks, were located some distance from the light shelters. There was usually one engine per light, with another as overall standby. Over the years improvements, particularly in the change from steam engines to oil engines (Diesel), resulted in the rebuilding of some engine rooms, so that positions listed today may not have been the original site.

Note: This is best information available at present (2014). Further information or corrections will be appreciated.

I'd always assumed they were built as part of a battery, so it's interesting to see there were also a couple of searchlights out on Green Island.

I haven't seen those close-up, but I have seen the searchlights at Jubilee Battery as it's not far from where I live. Here's the first one I saw, DEL 2: 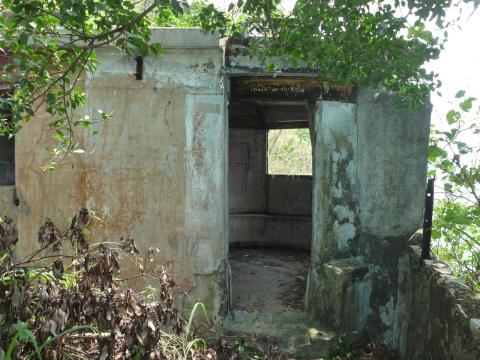 I first visited it before I'd started Gwulo, but on that first visit we didn't get close as there was a man living in it. You can see the curved opening at the front (on right of photo) has been partially bricked up.

This photo was taken on a later visit in 2010. By then there wasn't anyone living here any more.

The next one I saw was in 2008, when I was looking for Pillbox 72. I didn't find the pillbox but stumbled on DEL 3 instead: 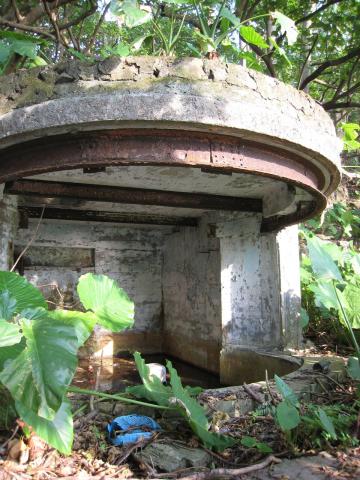 There's no missing the curved front on this one!

DEL 1 had to wait until 2010. You can see it has also been modified over the years: 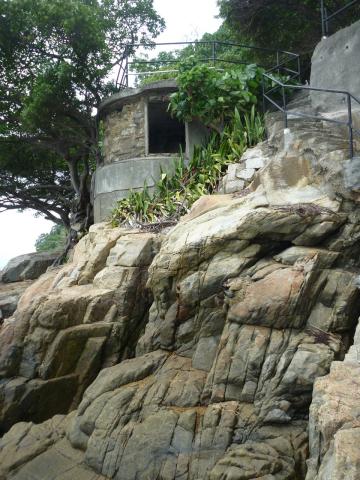 If you can add photos of any of the other Searchlight buildings around Hong Kong, we'd love to see them.

Thanks again to Rob for sharing his research with us. It represents the summary of many years of research and time spent scrambling around the Hong Kong countryside.

Rob's conventions in each Place's notes: 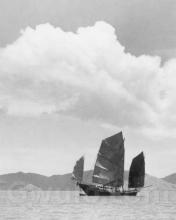