I've received the following email asking about this:

i stumbled onto your site doing research about hong kong's history.  i am particularly interested in the daily life of ordinary people during the war.  there's been a few memoirs in english but most are from soldiers, canadian and one hong kong police officer (prisoner of the turnip heads)

i'm in toronto, canada and although there is a large chinese community here, it's not easy finding elderly people in their 80's who are lucid, english-speaking (my chinese isn't great) and want to be interviewed about the war years.

do you have any suggestions?

- were there still street pedlars during the day since there was not much to sell?
- what time the curfew was in place? were the streets deserted after?
- were there homeless on the streets at that time or did the japanese clear the streets?
- was there running water in the poorer areas?
- how long lineups were for the rice rations? where the depots were?

i have many more questions like these so i'm hoping you can point me in the right direction.

if you could think of any books or memoirs, that'd be great.  i've read the piano teacher and enjoyed it, but i'm more interested in the lives of those less privileged.

I'm reading Philip Snow's 'The fall of Hong Kong'. That's definitely relevant. It makes it clear that people's experiences during the 3 years 8 months changed according to who was in charge, and Japan's fortunes in the war. Another book worth a read would be 'King Hui', giving a very different view of life during the occupation.

What other sources can you recommend?

If you would like to know more about the local poupolation during this period, then there are quite a few books around, in chinese.  For example:
《吞聲忍語——日治時期香港人的集體回憶》(Hard Time - Japanese Ocupational Period) 劉智鵬, 周家建 962 893068 5
《香江冷月：香港的日治時代》 (Hong Kong During Japanese Occupation) 鄭寶鴻 962 803865 7

高添強 is another well know author.

Hong Kong Surgeon by Dr Li Shu-fan is a rare English-language account of a Chinese man's experiences in wartime Hong Kong (until 1943). Out of print, but crops up used on Amazon from time to time.

A couple of American women who were in Hong Kong in 1941 managed to stay out of the internment camp for some time, and wrote about what they saw:

Also check Tony Banham's extensive list of books related to Hong Kong's wartime experiences, which is at the bottom of this page.

Prisioner of the Japs at 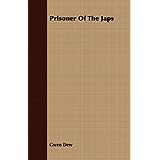 Prisioner of the Japs

hi isdl,
thanks for your suggestions.  i'm trying to get a hold of jean gittins' book but it may be difficult since it's not available at our libraries. as for the other books, i couldn't see the authors' names for some reason...i just get empty boxes where the chinese script would be.  would you happen to have an english translation of those authors.  thanks once again.  d.

鄭寶鴻 = Cheng Po Hung, as mentioned by David in comment = 15242.  We are talking about the same book ('Hong Kong during the Japanese Occupation'), except I made typing mistake.  The last digit of the ISBN should be 6 as written by David, not 7 that I wrote.

If books are written in English, then they are about the English speaking population, and vice versa.  The one written by Dr. Li Shu Fun is an rare example.

Dispersal and Renewal: Hong Kong University During the War Years ISBN 962 209 472 4 is about the elite corps of population.

Where to find Hong Kong's history