"Sei Hoi Jau Dim" stood at 75 Waterloo Road, by the street number it would seem that this location is now occupied by the Metropark Kowloon Hotel.

"."..across the road was a steep bare dome of a hillside rising about a hundred feet from the street. It contained a deep fissure..."

Although remnants of a hill can still be seen, most of it has been hacked away and built upon.

Other places mentioned in this chapter:

- Hankow Road gets a mention as does a jewelery shop on it, called "Hing Loon Curio and Jewelery", which has been tracked down by Sophia. Now located in the Howard Building on Hankow Road, the original shop was at street level at 30 Hankow Road.

- Emma Avenue, Soares Avenue and Argyle Street which are all still in the immediate vicinity of the hotel site.

- The KCR railway bridge which crosses Waterloo Rd is also mentioned as being 500 yards down the road from the hotel..."beyond which was Mong Kok"

"crowds flocked there to consult fortune-tellers, necromancers and phrenologists, who had their charts of the human head spread out on the ground"

- Signal Hill and its signal tower.

- Ho Man Tin squatter area is mentioned (on the top of the dome like hillock mentioned earlier) as is a nearby Islamic cemetery where he found a snake skeleton.

Here are the places from this chapter that have been created so far. For more information about a place, either click its name in the list, or click its red marker on the map. Your are welcome to add another place - just remember to give it the tags golden boy, chapter 3 so that it shows up on the list and map below.

Hing Loon is still around

It seems Hing Loon still exists today. I googled and found its current address. Just not sure if it is the same company from Booth's time.

漢威大廈 is the building name in Chinese (I can't find any reference to the English name on my map) and looks to be on Hankow Road. So I would say you have at found the right company. Now all you need to do is add it as a place and I can stick in a link from the correct chapter.

I hope I put the marker in the right place - my first PLACE creation! This gives me an excuse to check out the store!

Sophia - don't forget to add the tags to it: golden boy, chapter 3

so that it shows up when people search the map using those tags.

If you do go, try and get a snap shot of the building exterior (or perhaps the front door of the shop). I will be down there on Friday anyway so I may go and check it out, but will leave the photos to you :-)

Phil, Here they are. Not sure how to paste the link elegantly.  http://gwulo.com/node/2928

Sophia - excellent, it seems as though you found this place just in time. Is he closing down then? The end of an era perhaps? Phil

I was browsing facebook and accidentally found this. Finally we now know where it was: the ground and First floor of 3 Hankow Road. 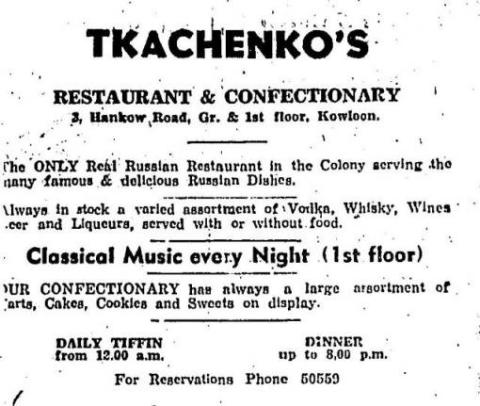 I might have known. *sigh*, I must have missed it at the time, sorry for not being more awake. I suspect that because moddsey has provided a date with the snippet (1948) that he is the source.

This was taken from the HK in the Sixties group on FB. There are a lot of images there that I have also seen here courtesy of a lady who shall remain nameless, she has even uploaded stuff from my site LOL...

philip - i know that you are referring  to me on "'lol' plaigiarism type issues" -  however, you have just merely replicated what i have done (like it or not), you scoured the net and found something interesting, copied/pasted  sth  in  public domain and uploaded to a like-minded group.... wherein lies the guilt?.... anyway i   know a great deal about living in hk in the 60s since i did the full monty (school, marriage etc). full stop.  btw not looking for warfare

I was wondering why you haven't posted some of your own stuff on here. It's the perfect place for it. It would be a great addition to what is turning into a very large (and well-organised) repository for stuff about HK. You have knowledge and experience that would be appreciated by everyone I think. This place is much more readily accessible than any facebook group.

ok reasons for non-contribution: have always found this site either- not very user friendly or very elitist in terms of type of comments - sorry , have preferred to talk to  like-minded souls with  a common background - anything i have on facebook is yours for the pilfering if you find it apt - vaness

I've just been browsing through the photos in that f/b group. Lots of interesting comments - it's an active group, so I can see why you're happy there.

If you're adding photos from this site to f/b in future, please can you include a link back to this site (or even better, the page you found it on)? We'll do the same with any photos we use from the f/b group. I think both sets of readers will find the comments on the other site interesting.

Thanks for the feedback about this site too. A surprise to hear it described as elitist! I doubt I'll change the way I write, so all I can say is that being elitist is never the intent - everyone is welcome.

There's a better chance we can do something to make it more user-friendly though. If you can point out any feature that you're missing, or some existing feature bugs you, we'll see if there's an easy fix.

The Tkachenko advert was scanned from the local newspapers dated 1 January 1948 and defintely NOT from Facebook! 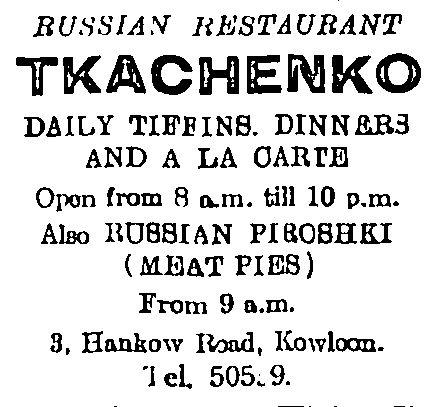 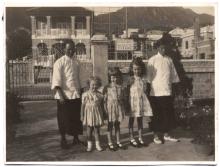