Sep 1943, Report on health of internees at Stanley Camp

There are only five percent (0.5%) ((sic.)) fit men if judged by pre-interment standards. It is doubtful if anyone would pass a severe medical test such as for Pilot's License B. Sixty-five percent of these men are fairly good (camp standard of classification). Thirty five percent fair to poor health.

The women are looking better, judged by externals, than the men. This is thought to have physiological significance. The men are walking skeletons, pitiful to see. The adolescents of both sexes are not developing. Nothing specifically characteristic but all go down with malaria, dysentery, boils and general malnutrition symptoms.

Hospital described by Japanese camp superintendent as "very un-modern" is three story brick building formerly Indian prison guards' quarters - stripped of everything - it can accommodate 70 patients. Always filled. No conveniences of any sort for personnel who live in overcrowded dormitory and are doing fine work under grimmest possible conditions. Surgeons have done some amazing operations in blackouts with torches to light their work.

All drugs, equipment (1942) provided by Dr Percy Selwyn-Clarke DMS, now incarcerated in the prison for whose devotion to duty and noble work no praise can be enough. International Red Cross Delegate, Zindel, has taken Selwyn-Clarke's work in hand since his imprisonment since when all have felt the draught.

Patients are all lumped together, only sex segregation possible. New babies brought into the world beside dying TB patients. Typhoid nursed in bed next severe dysentery. When the latter becomes slightly epidemic in camp, dysentery patients are put on the floor awaiting emptying of other beds. Beds are iron (India quarters) or camp beds. Vaccines only supplied by Japanese until recent death following anæsthetic when they agreed to supply oxygen. Drugs are getting scarce and prophylactic measures will soon cease. No laboratory facilities and since Selwyn-Clarke left French Hospital , Hong Kong, there have not been any permits issued for X-ray visits to town.

Malaria is on the increase. June (1943) 44, July 50, august 71 cases. Japanese withdrew their permission to allow anti-malarial parties from the camp to work the swamps outside barbed-wire and have done nothing to alleviate the condition themselves. No larvicides. There are 1,400 internees without mosquito nets, although continual representation have been made to Japanese and IRC delegate, Zindel. Thank God there has been no epidemic. It would be a calamity in view of overcrowding (in hospital in general) debility and lack of all supplies.

We are protected by regulation vaccinations against smallpox, typhoid and cholera. As most of the symptoms which the medical men encounter have resulted from causes hitherto unprecedented, it is difficult for them to prejudge their seriousness or if they will be permanent.

This blindness and its after-effects cannot possibly be judged as it is also unprecedented, except in such circumstances as the present. In conclusion it is due to De Percy Selwyn-Clarke that we are even as we are today for, with the exception of six gallons of disinfectants supplied by the Japanese, he has, from his own stores at the French Hospital, supplied soap, bedding, utensils tools, milk, food and bread throughout 1942 and far into 1943. Now Delegate Zindel is doing the minimum for us. He should be replaced. A visit from representative of Swiss Embassy, Tokyo, is long overdue.

The cemetery is kept up by volunteer labor grave diggers (Hong Kong Police, headed by Inspector CID) who have done all burials including many half-buried, killed in action since first death 1942. There is one false-bottomed communal coffin made from middle part of a three-compartment wardrobe, bodies are buried in winding sheets made of old sacks. Japanese presented one pukka coffin for burial of American Vice-Consul Engdahl. Never since.

Stanley camp (50 acres, all barbed-wire in) European and Asiatic prison warders' quarters, dormitories, classrooms. Floor space per head 40 square feet. Most everything was removed by the looters - many rooms remain empty except for camp beds and improvised necessities. In 1942 many slept on concrete floors; some are still. 1943 - most people have acquired some sort of bed. There are NO common rooms. Families, sexes, races, married couples with young girls, all live higgeldy-piggedly with amazing psychological results and reactions - nervous strain immeasurable. The gross overcrowding dangerous point of view epidemic. Sir Arthur Blackburn, British Embassy, Chungking, lived in a room with nine others. Consequences to his and Lady Blackburn's health and nerves were such that doctors caused billeting officers to billet them elsewhere. A few quarters where whole families dwell unfit habitation - blitzed rooms leaking roofs, etc.

Although Japanese held out hope of greater quantities to begin in August last, receipt substantially less and quality getting worse.

The following figures show total calories and grammes protein from February 1942 to end of August 1943 [sic]:

Totally inadequate even for sedentary work. Results in health obvious.

International Red Cross parcels, November 1942, are exhausted with no immediate (although promises of) relief in sight.

Last IRC stores were greatly reduced owing to certain lines having been tapped i.e. oats, powdered milk, and there is no guarantee that this will not happen again in a greater degree.

As all wearing apparel was marked (with few exceptions ) "Made in Hong Kong" and were Chinese sizes and therefore quite unsuitable, it is the assumption that British woven goods also found themselves in other hands. There is no way now of supplementing the rations. Up-to-date internees have received five allowances of approximately MY 25 per head. Food supplies in town are decreasing, prices are soaring. Twelve-ounce tin of corned meat costs MY 8, Cocoa MY 33 per lb. Everything available is on the same rising ration.

Japanese supply no special rood or mil for babied or invalids. thus a diet kitchen for the sick and "under threes" is maintained from unofficial sources and a very depleted Welfare Department operates if funds or stocks allow. It is to be expected that permanent damage to health of all will result from vitamin and calcium lack and general degeneration.

From February 1942 to August 1943. Nine thousand one hundred fifty cases seen of which 1,241 were extractions and the remainder re-constitutional. Dental condition due lack of essential diet. Receding gums and gingival troubles. Gums show tendency to become septic due lowered vitality. Preventative measures are impossible. Increasing need for extractions of permanent teeth in the young. Over 100 patients without dentures. Many others need full mouth extractions.

One of the greatest deprivations is the barbaric manner in which the Japanese handle communications between prisoner of war camps and wives, sons, fathers, mothers, daughters in Stanley. Many instances where they have refused to report a death at prisoner of war camp for more than a year. Unreasonable restrictions are imposed and idiotic censorship of subjects not bearing upon prosecution of war. Wives can get no regular word of husbands and, at time of Lisbon Maru sinking, were left in agony of mind regarding their men. Stacks of mail for Stanley internees lie at Tokyo and other places awaiting whimsical Japanese benevolence. Letters mostly take 12 to 14 months to arrive! The men who have been taken from Stanley on strange charges have been held on remand for over two months, herded in small places, food put in hands or on floor, becoming lousy awaiting "trial". Their whereabouts is not vouchsafed to the Colonial Secretary nor are the sentences or charges made known.

Ever since the tragic death of Sir Vandeleur M. Grayburn we still do not know of the nine men (Chief of Police and Assistant, Harbour Master Whant were released on pain of death if they spoke) are alive and where they are. We never see any European prisoners (including Selwyn-Clarke) any more although people on balconies hear constant agonies emanating from Prison Hospital, presumably kept for "best prisoners" (the Chinese just die, very suddenly, and get incinerated) which gives rise to rears from our men's well-being.

Concluding remark on medical report, "We are being starved. Outlook serious. Morale good although constant hunger wearing us down.

If it is Imperial (British) Government's wish that we stay here and perish, we accept that fate, provided we know that a full and true report is in the hands of Mr Churchill, Mr Eden and Lord Moyne. If, on the other hand, due to statements made in letters received, the reports are untrue or garbled, we do not feel disposed to lay waste to the lives of the wretched citizens of Hong Kong and others caught here without an effort to state our cases from the people who, although branded as "mentally unbalanced" are normal as such conditions warrant. In the event of outbreak of hostilities we would be powerless to protect ourselves and our young. But in view of the imminent repatriation of Canadians and that of Americans last year, we logically assume that Great Britain and the other dominions wish to safeguard their people and care for them as the United States and Canada cared for and are caring for theirs.

It is surprising to see reasonably fit (camp standard) men and women being in the category for immediate repatriation ahead of the sick, dying (both young and old) aged and infirm and we cannot but feel that due to reports known to have reached Whitehall and IRC Headquarters , Switzerland, being erroneous (almost rosy in hue) that our sick and dying would have been exchanged first.

On the occasion of our many appeals for additional rations, the Japanese civil authorities have stated that, in their eyes, we, as civilian internees, have no status and are not entitled to any more than the Japanese deem necessary, for our existence. Consequently, we are forced to use this irregular means of communication as all contact with the outside world is denied us and even Mr Zindel, the International Red Cross Delegate, does not seem able to inform Geneva or our Government of our true state. 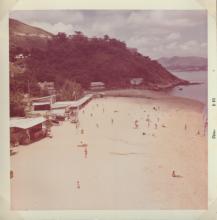