"C Force" was the name of the almost 2,000 Canadian soldiers who arrived in Hong Kong in late 1941. They were members of the Royal Rifles of Canada, and the Winnipeg Grenadiers. They fought against the Japanese in December that year, then after the surrender they were sent to POW camps, first in Hong Kong then later in Japan.

Tony Banham has written a 20-page document, "A Historiography of C Force" which covers the various books that have been written about C Force and their experiences. As well as providing a good list of resources, Tony adds his opinions about the books, commentary on how the topic has been covered, and suggestions for future topics that coule be covered. The document is freely available at: http://scholars.wlu.ca/cgi/viewcontent.cgi?article=1785&context=cmh

A small point, but one worth making I feel. C Force did consist of the 2 battalions which you have mentioned. However, it also included a Brigade HQs, which gave the Canadian Government the option of sending a third battalion later. This would then have allowed it to be called a Canadian Infantry Brigade, (or something similar).

As it consisted of only 2 battalions, they couldn't call it a brigade - hence the term "C Force!" 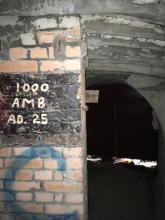