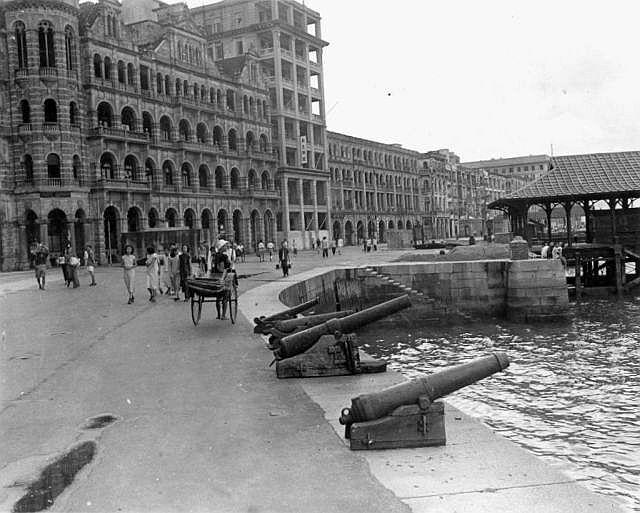 not sure if anyone has mentioned this before but it looks as though some of the pillars from the old GPO found their way half way up Kwun Yam Shan at the top of Kadoorie Farm.

There's an image on panoramio: http://static.panoramio.com/photos/original/19043857.jpg

That's a surprise. I wonder how/why they were preserved, when so many other old buildings have completely disappeared?

(Here's the map link if anyone wants to pay them a visit.)

This reminds me of the revelation by T about the TST KCR terminus columns on Chatham Rd South.

The most bizarre thing is the location and the logistics involved of karting them up Kwun Yam Shan!!

This brought me back to the thought of the original Blake's Pier, which was relocated to Stanley, right next to the Murray House.  I wonder was that particular pier the one shown in one of the old Central pohtos.  If so, I wonder where did they store the material all these years.

I saw a photo of it recently, when it was re-erected in a park as a shelter. Wikipedia says it was Morse Park. So, it's had quite an eventful life!

Not Black Pier as indicated. 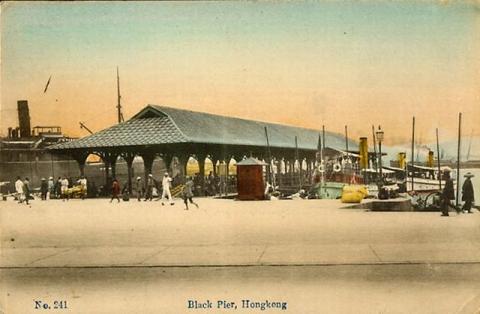 As a kid, I was often playing

As a kid, I was often playing at the Morse Park under the canopy of the Blake's Pier. It was installed on a boat-shaped platform made of concrete, with smaller versions on its sides. I enjoyed imagining being at sea. Sometimes the platform was used as a performance stage.

At first, there's no rooms on the platform, but some years later, it's occupied by rooms and the space for playing was much reduced. I wasn't sure what those rooms were for, though it was probably the changing rooms and store rooms for artists and technicians.

I missed it when I found that it was gone one day when I was back in the park as a grown-up. To my delight, it was a great time being able to visit it again in its restored state in Stanley. 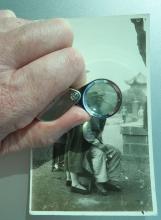