This was the one where Roger Moore as 007 visited the British MI6 office in the wreck of the old RMS Queen Elizabeth. Phil explores the locations for this and other scenes in the film that were shot in Hong Kong.

Read more about The Man With The Golden Gun (1974)

The 2009 Top Twenty has a couple more films that Phil documented:

And he's given many more films the same treatment on his website, Hong Kong (& Macau) Film Stuff.

It's a surprise to see a page about a demolished house on The Peak get so many views. I guess it's because of the page's comments, talking about the various Taipans' houses in that area.

Not such a surprise to see this one make the top ten. Standing on the corner of Pedder Street and Des Voeux Road Central, the building was a well-known landmark.

Moddsey started this page with a collection of his photos of the old colonial-style postboxes around Hong Kong. He shows us postboxes from Queen Victoria through to Queen Elizabeth II, and everything in between.

I love poring over old maps to see how an area used to look. Often they help answer questions - but each answer usually triggers off two new questions!

The page lists some of the ways to view old maps of Hong Kong.

This was one of our early discussions about old Hong Kong houses, and the comments have some of the first notes on Gwulo about the St Joseph's cluster of buildings on Robinson Road.

As it says on the tin, the page describes how to contact me. It shows my email address, but encourages readers to post questions and information directly to the website - my email mailbox is overflowing, so my replies to your messages often go out later than I'd like.

If you'd like to make a nostalgic trip to 1950s Hong Kong, this film is hard to beat.

On this page we worked through the main scenes, identifying where they were taken. There was one small disappointment though: we discovered that the iconic scene by the tree was actually shot in two different locations, neither of which were in Hong Kong!

Read more about Love is a many-splendored thing: film locations

This is a favourite of mine, showing photos that were taken along the tram line, laid out in the order you'd see them if you were riding a tram from west to east.

I get a certain geeky pleasure from it, as it is different from most of the pages on Gwulo.

This Top Ten page is the usual type. I chose all the photos for it then manually inserted them into the text. This page will look the same forever, or at least until I next edit it.

So when I first created the page I guess it showed 20-30 photos taken along the tram line, but today I counted 120 photos.

See the Views along the tram line in the 1950s

FAQs or "Frequently Asked Questions" aim to provide answers to the questions that readers often ask, and also give tips on how to get the most from this website. 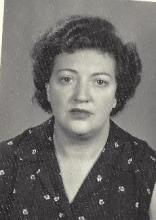