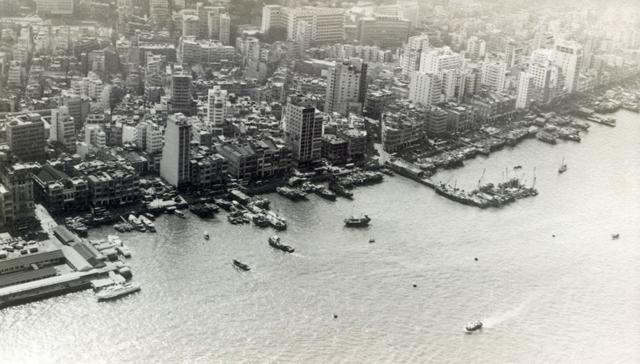 Aerial photo taken of the area of Western Market and the Macau Ferry Pier. This photo was binned when the company I worked for closed their HK operations. Fortunately I was able to scan this photo.

As mentioned above, Western Market and the Hong Kong Macau Ferry Wharf (third generation) are on the left. The next pier is Hoi On/Ming Sang Wharf,  Public Pier No. 17 - British Canton Line / Yuen On Steamship Co. Ltd has already been demolished.

Note the difference regarding buildings along the waterfront, obviously the construction boom already has begun.