Having berthed at Kowloon we were marched up Nathan Road to a transit camp, Whitfield Barracks on the corner of Nathan Road and Austin Road.   It didn’t take some of our pals long to realise that Austin road was the centre of “nightlife” on Kowloon-side in the 1950s.

25 April 1953   -    (79 Company RASC Shamshuipo, Kowloon, Hong Kong) - The camp that we are at was a Japanese Prisoner of War camp during the war and the machine gun/lookout tower is still standing. 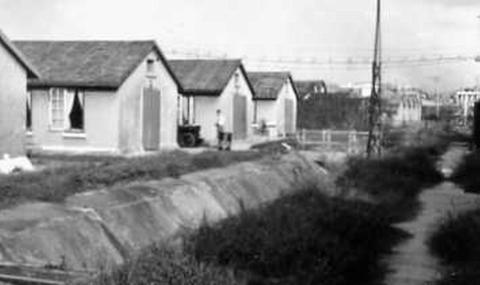 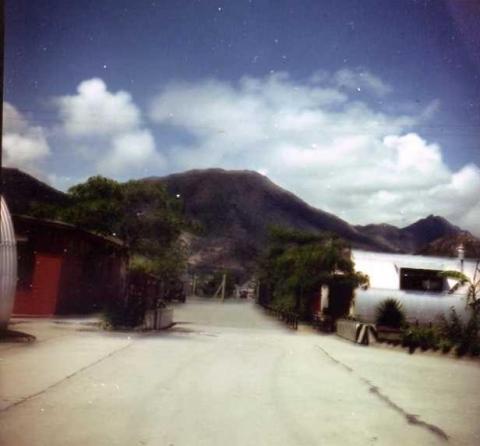 The main camp area at Shamshuipo

I have been put on an LCM, that is “landing craft mechanical”.   They are about 60 or 70 feet long and I believe the displacement is about 25 tons.   They can carry troops, trucks, tanks, almost anything. 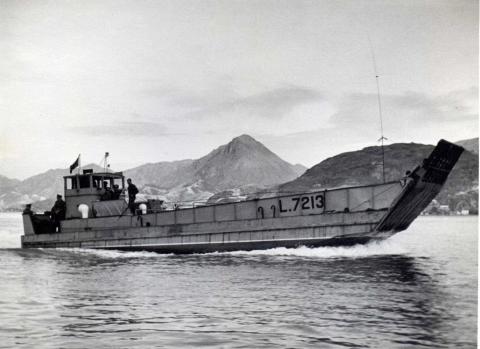 Every day we go out on what’s called a detail…just a job…this morning to Hong Kong island and took over some trucks to Kowloon.  yesterday…to some islands…to repair a flagstaff.

Then a pay parade.   i picked up thirty Hong Kong bucks, that works out at thirty seven shillings and sixpence.

This company is really dead easy.   We pay a man three bucks a week each to do our cleaning, caps, belts, shoes, boots, etc.
The food here is good and outside a biggish beef steak can be had for as little as two bucks (2/6). 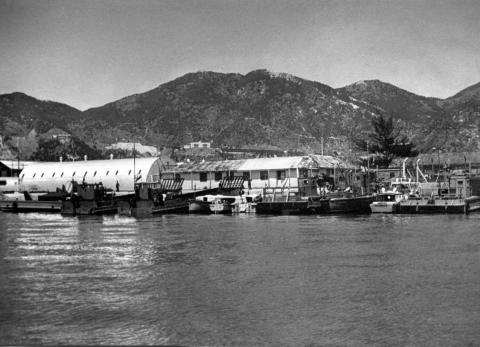 Whilst a posting to hong kong was considered “cushy”, the year was 1953 and not so very far away there was a war going on, Korea, and we all felt that there was a chance that we might just be drafted up there.