This week's view is from an old postcard titled "Central Praya".

Elizabeth Ride has kindly sent a list of additional British Army Aid Group (BAAG) numbers, and the people they refer to.

In most cases these people were BAAG agents, working for the British in Hong Kong during the Japanese occupation. They were referred to in written messages by number rather than name, for added security in case the message was intercepted by the Japanese. eg it was safer to send a message by runner that "62 was going to be in Shum Chun on Thursday" than include 62's name. 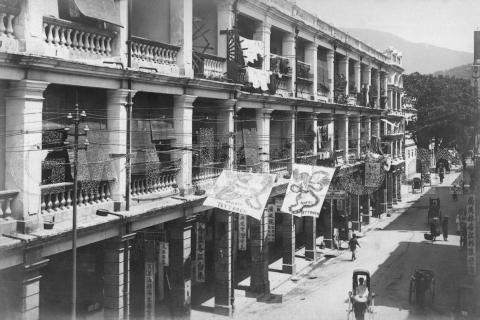 What: The two banners are very eye-catching: 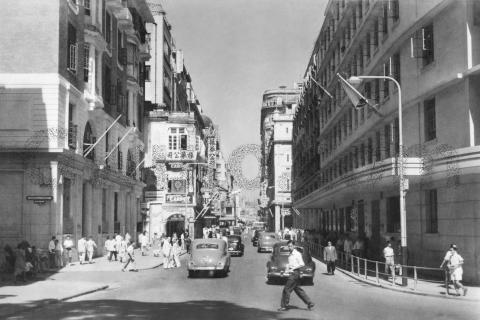 It's time for a quick review of last year, and a look forward to the plans for 2015.

Before that let me say thank you for reading Gwulo over the last twelve months, offer special thanks to everyone who has contributed to the website, and send best wishes to you for the year ahead.

How did last year's plans turn out? 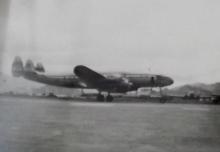