Built on Kowloon Marine Lot 74. In about 1904, when the reclamation at Kowloon Point was finished, the Hong Kong & Kowloon Wharf & Godown Company built a twin-gabled godown on this lot.

Detailed planning and negotiations for construction and financing of the Kowloon-Canton Railway (“KCR”) commenced in 1905. The KCR (British Section), operating as a Hong Kong Government Department, was completed and formally opened on 1st October 1910. The Chinese Section ( “CKR”) running from the border at Lo Wu to Canton  was completed a year later opening on 5th October 1911. 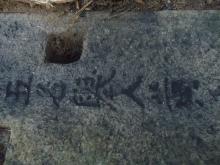