Most of Warren Swire's photographs show buildings and scenery, so this close-up photo of a group of people is a rarity. 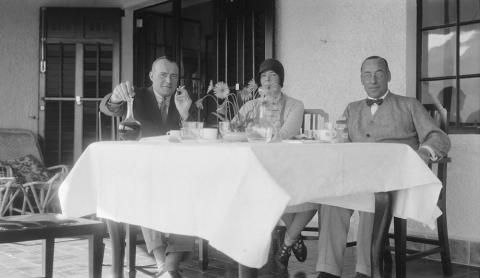 We know that the man on the right is N. S. Brown, the Hong Kong manager of Butterfield and Swire. Does anyone recognise the other man and woman? I wonder what was the occasion that made Swire take their photograph?

Then we’re back to his standard subject, photos of various properties connected with the Taikoo businesses. Here he’s looking uphill towards Braemar Terrace. 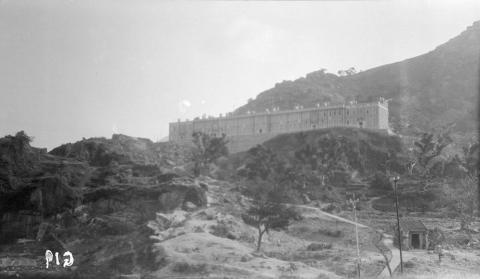 Braemar Terrace was at the edge of Taikoo’s domain, but the next photo shows its heart. 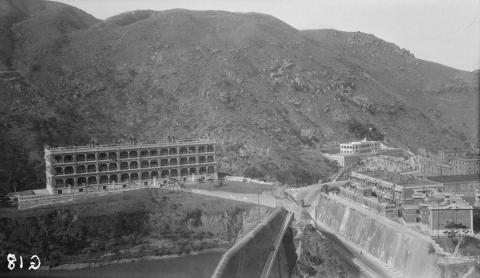 On the left is one of the reservoirs that provided water for the sugar refinery and dockyard. The large building standing above it is one of the three buildings that made up Stanley Terrace, housing for Taikoo’s expat staff.

King’s Road runs down in the cutting. If you zoom in you can see a tram and the tram lines there.

Finally the smaller building on the hillside to the right is the new Quarry Bay School, originally built for the children of Taikoo’s staff. It opened in September 1926, so this visit is the first time Warren Swire has seen it.

The school and the tram lines are the only man-made items from this photo that are still there today!

Moving east again, he captures this view. In the centre of the photo are the dockyard’s slips and dry-dock. Then running along the shoreline down to the right, those rectangular buildings were housing for the dockyard’s workers. 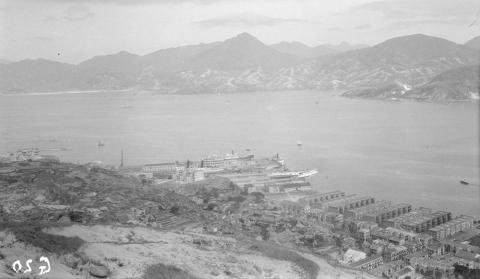 Those same housing blocks appear at the bottom left corner of the next photo. It is taken from a slightly different viewpoint to the previous photo, and looks out over Aldrich Bay (today’s Shaukeiwan) towards Lei Yue Mun and the eastern entrance to Victoria Harbour. 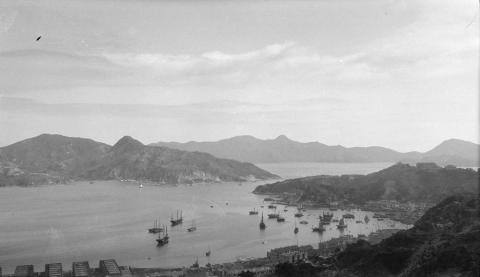 Hiking the Dragon's Back

For the next photos, Swire continues hiking in Hong Kong's hills. It’s not certain they were all taken on the same outing, but it’s easy to imagine a walk over Mount Collinson and Dragon’s Back that would give these views.

This is the view north from Mount Collinson towards Lei Yue Mun. The little bay in the foreground was known as Sai Wan. It’s hard to recognise now as reclamation has changed the appearance, but if you look at Sai Wan on a 1952 map it is plain to see. (Today we call this area Chai Wan – does anyone know when and why the name changed from Sai Wan to Chai Wan?) 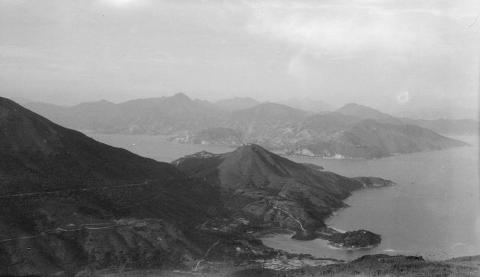 The light-coloured slopes in the distance of the next photo show we’re looking at a reservoir. This is the view across Tai Tam Harbour towards the Tai Tam Tuk reservoir. If you zoom in to the photo, see if you can spot the obelisk on the slopes to the right. 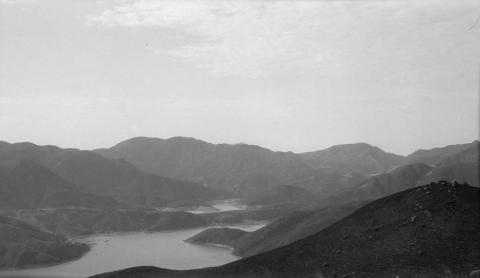 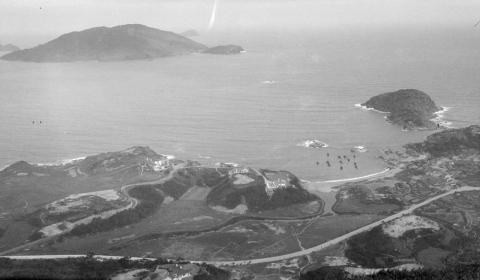 That’s Shek O Country Club on the left, and Shek O village on the right.

He ended his the walk down at Shek O village, where he took two photos to form this panorama.

Coombe Road, and the reason behind the lack of photos

His last photo is labelled “Combe Road” so this should be a house on Coombe Road at the Peak. Does anyone recognise which one it is? 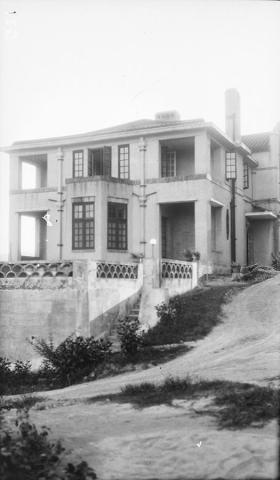 And that’s all. He took a lot more photos on previous visits, so that I’d just pick the highlights to show. But this time I’ve shown all the photos we have.

I asked Jamie Carstairs, project manager for Historical Photographs of China, if he had any idea why this visit’s collection was smaller. He replied that there isn’t any formal explanation recorded with the collection, so we’re left to guess whether Swire simply took less photos, or if there were more but they were damaged or lost.

Jamie notes there is one last photo from this set that may be a clue. It’s another of “Combe Road”, but isn’t very clear. Perhaps it’s a sign that there was some problem when Swire had this film processed? 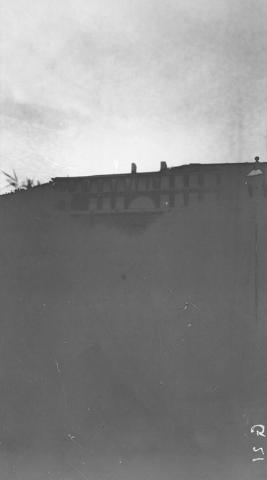 The last two photos are of No 523 The Peak on Coombe Road. The below photo below shows the central arch and the end of the building which matches the Swire photos above. The Site of No 523 is now 3 Coombe Road, a Swire Development of 4 luxury townhouses.

Thanks for identifying that one. Looks like it has been Swire-owned all its life? 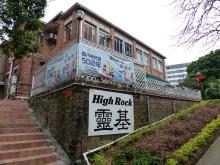