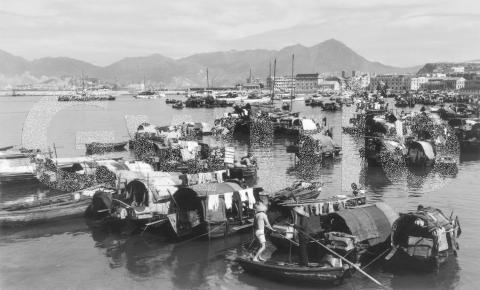 Where: We're looking across the Causeway Bay typhoon shelter towards North Point, with the Kowloon hills in the background.

Who: It's hard to imagine, but the small boats in the foreground were homes. Signs of this floating vilage's life include mother & child top-right, a passing sampan as local transport in the foreground, and families' washing all around: 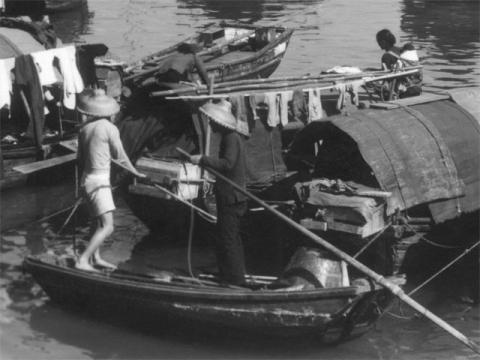 When: The exact location of the boat people's village had changed several times over the years, and if we follow the changes we'll get an idea of when this photo was taken. 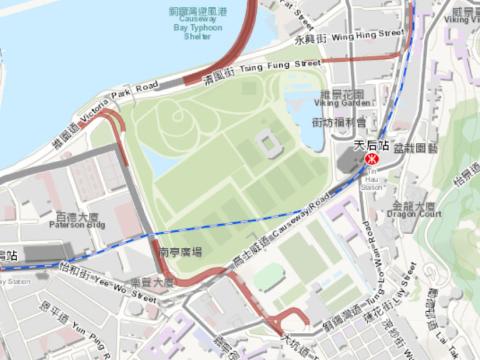 Note the straight Causeway Road across the middle of the green areas, and the curved Tung Lo Wan Road below them. 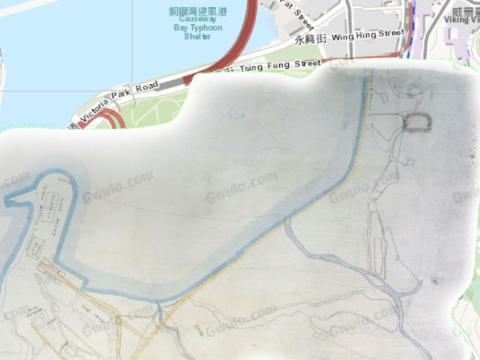 Originally the "Tung Lo Wan", literally "Bronze Gong Bay", was a shallow, muddy bay. The furthest south the boats could reach was the shoreline, marked by the line of today's Tung Lo Wan Road.

But by 1845, the map shows a causeway had been built across the mud, carrying a road that ran out to Saiwan then down to the British Army's barracks at Stanley. The causeway gave its name to the road and later became the English name for the bay. (But if you listen to the MTR station announcements, you'll hear that Causeway Bay Station is still announced as "Tung Lo Wan" in Chinese).

The causeway blocked access from the sea to the original shore, but it wasn't all bad news. The causeway also made a convenient place to get from the land to boats and back, as shown in this photo from the 1950s:

After the causeway was built, the next change was in 1884 when a breakwater was completed across the mouth of the bay. The report at the time [3] explained it was "intended to form a harbour of refuge for the boat population during typhoons", and so the typhoon shelter was born.

Here's a view of the shelter in the 1940s, with the breakwater visible on the right:

It also shows that the muddy bay south of the causeway had been reclaimed to form sports grounds, but the shape and extent of the shelter was still the same as it was in the 1880s.

In the 1950s, the boat people moved again when a new typhoon shelter was built, further out in the harbour. After the new shelter's breakwaters were built, the old shelter was filled in to form Victoria Park [4], and the old breakwater became the new north shore. Here's a photo taken soon after the reclamation was finished, showing the changes (compare this with the previous photo and you'll see a side effect of this work was to join Kellett Island to land for the first time):

Now back to our original photo. It was printed as a photo, but turned into a postcard by using a rubber stamp on the back: 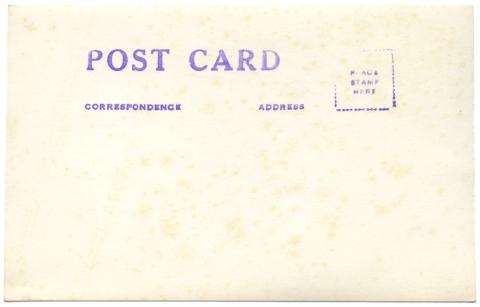 This rough-and-ready approach suggests it was sold sometime not long after the second world war. The scene is of the pre-Victoria Park reclamation, but there are hints that the 1950s reclamation work might already be underway. eg I can see a dredger in the photo: 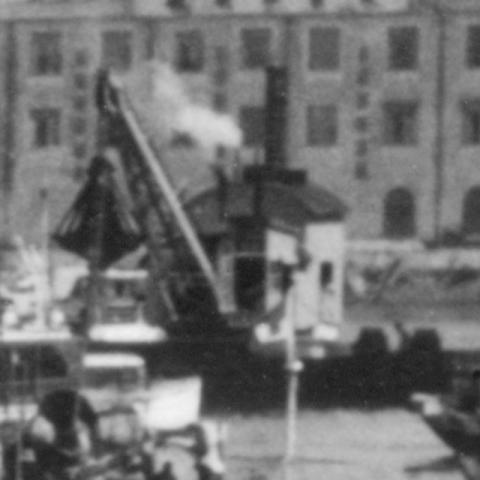 And over on the right there's what look likes like one of the temporary buildings often seen at construction sites: 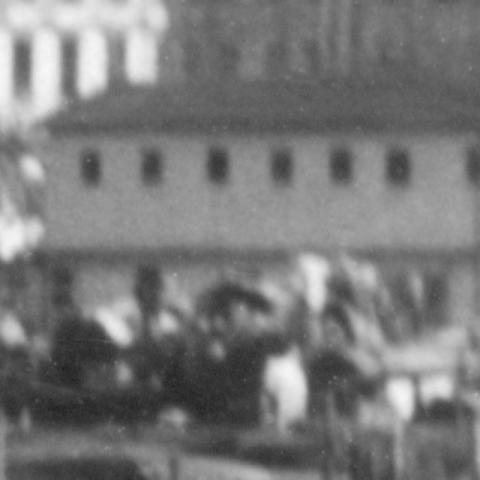 So I'll guess this photo was taken in the early 1950s. If you can pin it down more accurately please let us know!

What: Across the harbour we can see the rocky hill behind the dockyard at Hung Hom [5], and the Hok Un power station [6] on the right:

Back on this side of the harbour there are some interesting buildings along the water's edge. Does anyone know what they were used for? 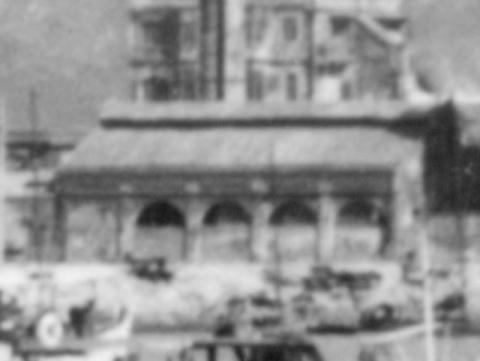 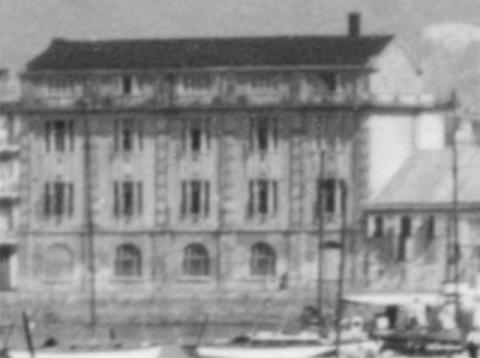 And finally, the chimneys of the North Point Power Station [7] are visible in the distance. 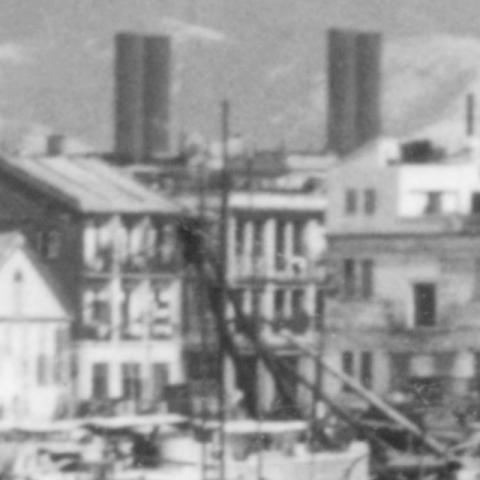 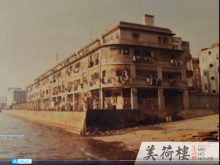