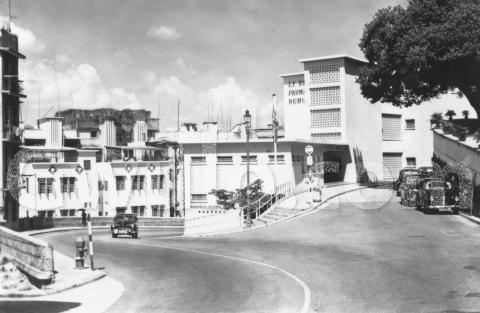 Where: The road heading downhill with its distinctive curve is Pokfulam Road. The road on the right is High Street, and Water Street leads away from the bottom left corner. The layout is still the same today:

What: There's still a fire hydrant on the corner, though it's been upgraded to a newer model. The streetlight has swapped sides of the road and may have had a more significant upgrade. The modern light is definitely electric, but the old one looks to be a gas lamp [1]: 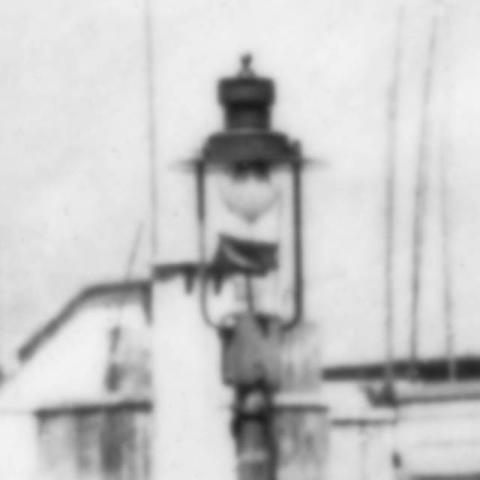 Over on High Street there's a line of parked cars, with one more registration number for our collection, HK 3451: 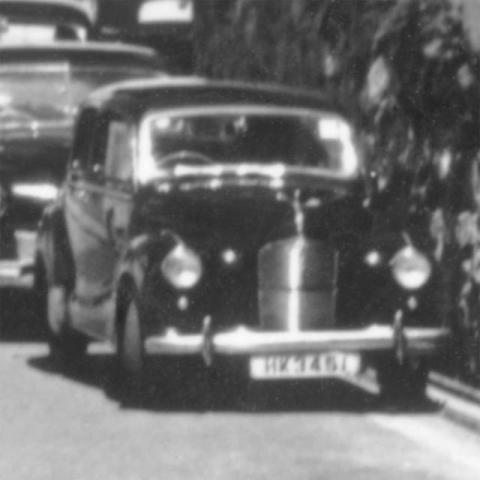 Who: Lots of children, though they're hidden out of sight inside the buildings. First, on the left below Pokfulam Road, is the Ming Ying Secondary School: 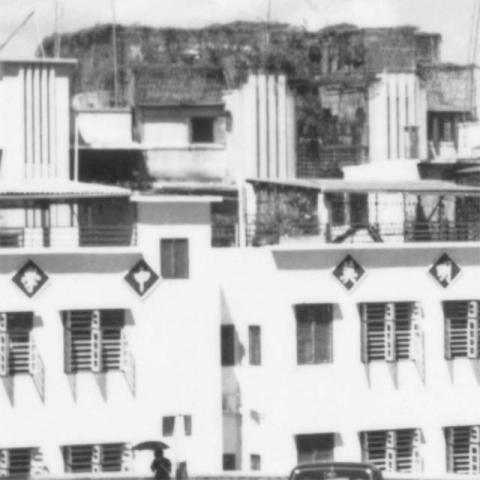 I haven't found any information about this school, so if you know about it please could you let us know in the comments below? It was likely a private school, as they formed the majority of schools around this time. The government's Year Book for 1956 says:

"[...] at present over 60% of all pupils are being educated in private schools, and [they] represent some 66% of all schools in the Colony. [...] It should incidentally be noted that the very big expansion of private schools has been rendered possible only by the adaptation of buildings designed for other purposes and by the employment of large numbers of untrained teachers. On the other hand almost all government schools occupy buildings specially designed for such use and all the teachers are qualified."

You don't have to look far to see a "specially designed" government school: 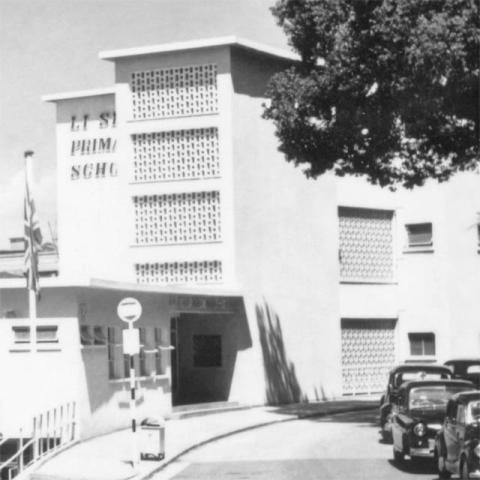 It is the Li Sing Primary School, a government school that is still here in the same building today.

On the right of the photo you can see a curved wall with potted plants on top. 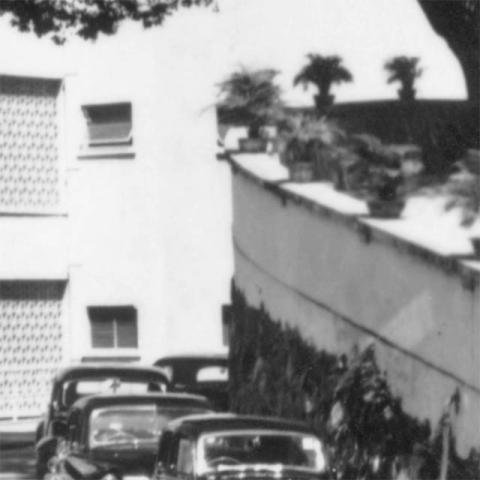 When: This photo is one of set that was printed for tourists. Let's see if we can work out when.

First look beyond the Ming Ying school, and you'll see the top floors and stairwells of these buildings: 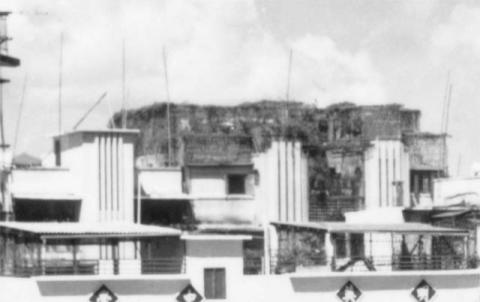 If we pay a visit to Third Street in Google's Street View, we can see that at least some of the buildings are still standing today:

At first glance it looks like a match, with three stairwells in each. But look more closely and you'll see the old photo has two different designs of stairwell. So the left-hand stairwell in the old photo should be the one on the right in the modern Street View. Originally there were flats on either side of the stairwell, but today only one half remains. It is number 145, Third Street, built in 1955 [4]. I can see bamboo poles on the roof in the old photo suggesting it's recently been finished, so 1955 is a possible date for the photo.

Next there's the car registration, HK 3451. The timeline of registration numbers says that the "HK ????" numbers were introduced in 1951, so we're later than that [5].

And finally we have the Li Shing Primary School, which opened in 1954 [6].

Neither contradict the 1955 date, so I'll stick with that. As always, if you spot any better clues for the date, please let me know.

The title printed on this photo is "WEST POINT HONG KONG". For many years the area around the junction of Pokfulam Road and Queen's Road was known as West Point, but now the name has fallen out of use.

Back to the present for a moment - if you're looking for a Kindergarten in this part of town, Ling Yuet Sin is well worth a look. Both our daughters went there and we thought it was excellent.

You are correct. Ming Ying was a private school. It appears in Wah Kiu Yat Po's (華僑日報)  Hong Kong Year Book (香港年鑑) in 1964.