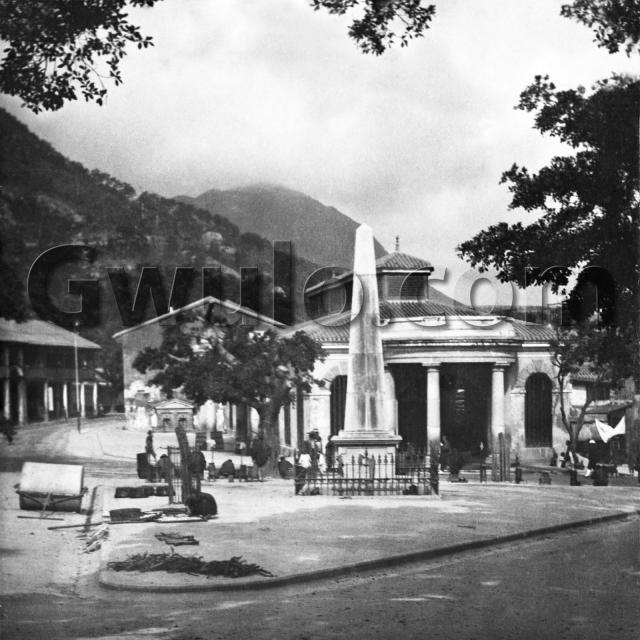 Where: The road on the left is Queen's Road East, heading west with the Peak in the background. The kerbed triangle in the foreground marks the junction with Wanchai Road, which leads off to the right.

When: The photo comes from a stereoview card, issued by the "Realistic Travels Publishers", and dedicated to:

Which suggests a date after 1910, the year of King George V's coronation. But stereoview cards were often re-printed several times over a period of years, and as the other photos in the set date from in the 1890s, that's the date I'll go with for now.

What: The Kuhlan monument [1] in the centre of the photo was placed here in the 1850s. It commemorated the British and American sailors who died at Kuhlan (now called Gao Lan) fighting against a fleet of Chinese pirates.

In 1934 it was relocated over the hill to the junction of Leighton Road and Morrison Hill Road. In the 1960s it was moved again to the Hong Kong Cemetery, where it stands today (the Kuhlan monument is in the middle): 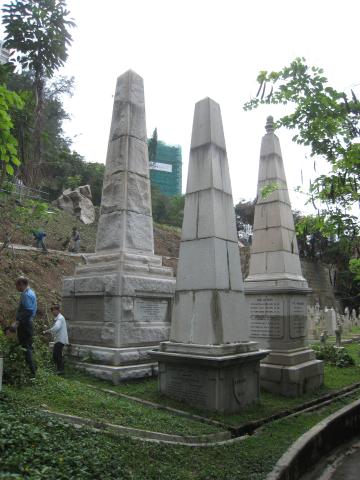 Who: It looks as though there are roadworks underway, but I can't see any sign of the workers. 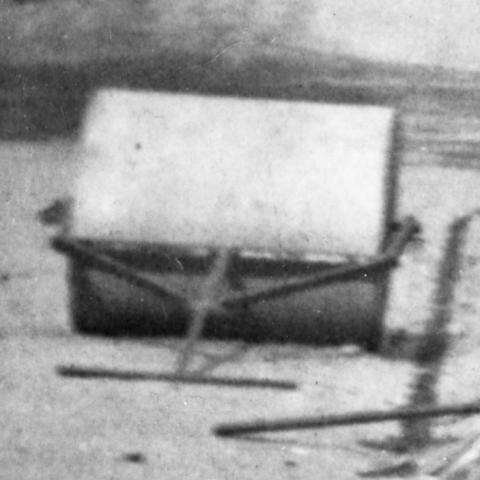 Then several people are squatting along the roadside. There's one facing us, and others in a line with their backs towards us. They have goods laid out for sale: 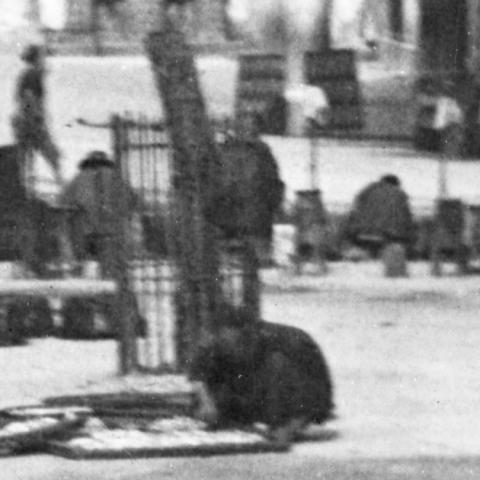 The other people are visiting the market, with the exception of this man on the right: 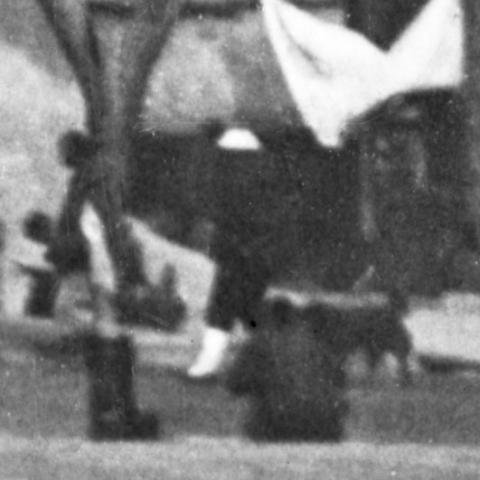 His white hat and socks identify him as a Chinese Policeman. [4]

I concur with the picture being pre-1910.  Several of the Chinese vendors still wore their pigtails and some others had bald foreheads.  They vanished very quickly after 1911.  We can see on one of the Wanchai Market's photos dated 1910 (http://gwulo.com/node/6064) that nobody sported that hairstyle.

I've just been looking at the photo you mentioned: 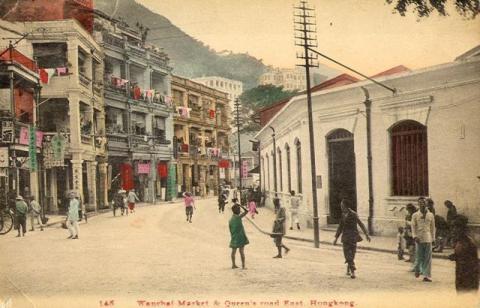 The only building in common is the two-storey building behind the market. (You can just see a bit of brown gable / roof peeping over the market in the colour photo). Which means that the market buildings are quite different in the two photos - was it rebuilt in the years between them, or was an extra wing added to extend it out towards the road?

PS also found this photo of the Chinese Policeman's uniform that Moddsey uploaded some time back: 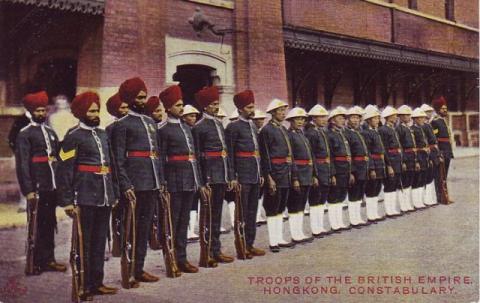 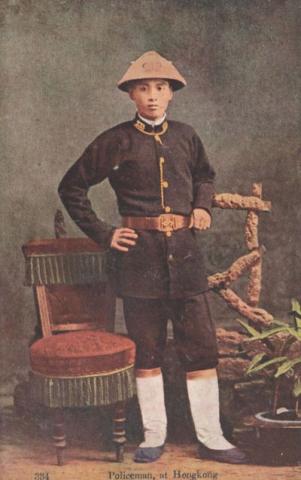 Just eyeballing the two photos again, I would rather say the market building was the same, but it does appear to have been extended somwehat.  The flat area just between the market and the road was gone.  The windows of the market building look to me like they might have come from the same collection.

Hi, We've found that the Market Building was extended during 1903-4. 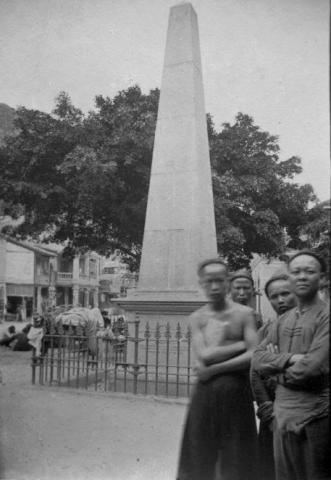 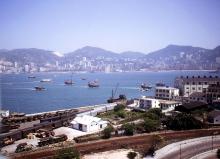