The dropping of the time-ball gave a visual signal that could be seen from ships in harbour, so a ship's chronometer could be set while it was still on board the ship.

This allowed sailors to make sure their chronometers were set to the correct time before sailing out into the open sea. In the days before GPS, knowing the correct time was essential to allow sailors to calculate their location when they were out of sight of land.

Before this time-ball tower was introduced, sailors whould have to carry their chronometer ashore to set it to the correct time by matching its time to an accurate clock.

It went into service on 1st January, 1885, as described in this Government Notification:

The following Notice from the Government Astronomer is published for general information.

From the first day of January, 1885, the Electric Time-ball by S. A. Varley is dropped daily at 1 p., Sundays and holidays excepted, at Tsimshatsui by the Mean Time Clock at the Observatory.

The time-ball will enable Masters of Vessels to examine and rate their chronometers without taking them on shore.

Over time, new buildings were erected around this time-ball tower, which hid it from the view of the ships in the harbour. A new time-ball tower was built on Signal Hill, and went into operation in 1908. The new, higher location meant that the time-ball was visible to ships again.

After the new time-ball on Signal Hill was operational this original tower went out of use, though the older building was not demolished and is still standing today. 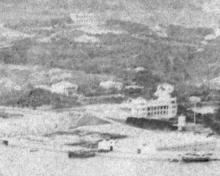 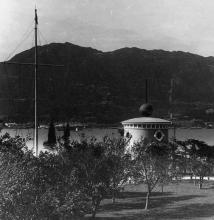 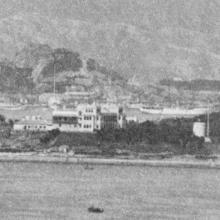