I am looking for information on my Great Uncle Stuart Deacon and his family: wife Florence, daughter Irene, grandchildren Patricia and Peter.  He died in April 1942 after internment at Stanley and is buried in the CWGC cemetery there.  Any information on what he did in HK before the invasion (I believe he was an electrical engineer), where he lived in Kalgoorlie Avenue, Kowloon and what he died of, would be gratefully received.  I am planning to visit HK in early January.

re: Stuart Deacon and family

A good place to start is your Great Uncle's page: http://gwulo.com/node/17620

You can click "What links here" on that page to see what other information we have about him.

Then repeat for the relatives shown on that page.

Then see what other mentions of the family are on this site: https://gwulo.com/search?query=deacon

If you still have questions about any of these people, you can add a comment to their page.

Also if you can add any information about them, please do. 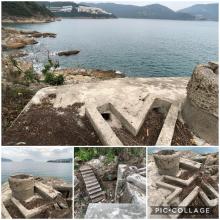