I have just finished reading a fascinating book called 'The Survivors' by Diana Fortescue about her parents Tim and Margery Fortescue, who with their baby Adrian were interned in Stanley Internment Camp in Hong Kong 1942-45.

During the Japanese invasion in December 1941 I got to know Tim by sight - as Assistant Private Secretary to the Governor Sir Mark Young, he was always about the tunnel (beneath Government House) where I was working for the Director of Air raid Precautions. I got to know him much better in Stanley when he and Margery and Adrian moved from the room they had been sharing with five (originally 9!) other internees, to take up residence in what had been the tiny kitchen next door to the room occupied by my Mother, two sisters and myself. The kitchen had been cleared of sink, boiler etc to make space for three beds. To ensure that now toddling, Adrian didn't wander off when their door was open, the Fortescues cut it in half horizontally so the top half could be left open for air. They became lovely neighbours. To cut down on the endless queuing for everything, the Fortescues and the Redwoods took it in turns to collect each other's hot water ration for tea (if any) first thing in the morning.

As well as informative chapters about life during the battle for Hong Kong and their internment experience, the book traces Tim's and Margery's origins, and their youth leading up to the start of World War II, when Tim was appointed a Cadet in the Hong Kong Government. In 1939 they arrived in the colony, where they lived an idyllic life until, six months after the birth of Adrian, the Japanese attacked and took Hong Kong. Both in their early twenties, internment turned their lives upside down, especially as they had to care for Adrian as well as to struggle to survive themselves - with such problems as having no hot water for nappy washing.

In addition to working in the Colonial Secretary's Office in Stanley, Tim undertook manual jobs such as log-sawing to fire the ovens to cook our rations. He also acted in plays on the Stanley stage. Margery who had served as an auxiliary nurse during the battle, often did duty in the camp hospital.

I am sure that non-internees whose relatives had been in Stanley will find this book as full of interest as I did. With the help of her late Mother's memories, the author has provided such an accurate picture of life in the camp that as I was reading it, I felt I was back there. The many and varied photographs admirably illuminate the text.

Also included is a photocopy of the first letter Tim wrote to his father when Hong Kong was relieved; this sums up internment in intriguing detail, with the heartfelt statement 'if ever I have to write down where I was educated, I shall put Uppingham 1930-35, King's College Cambridge 1935-39, and Stanley Internment Camp 1942-45'.

If you would like to buy a copy of this book, you can e-mail Diana at defortescue@gmail.com. Cost is £15 plus £1.50 postage and packing within UK. Black and white copies and an E-book version will be available on Amazon and other on-line suppliers by the end of this month.

Diana is planning to be in Hong Kong for ten days at the end of November, and is hoping to organise one or two events at which the coloured version will be on sale. Please let her know if you would be interested in being kept informed of details. 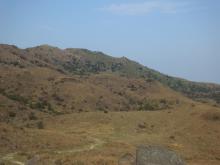