Hello Lawrence, do you have any information on what were the circumstances or how Rudy Choy joined BAAG? I know that he had founded Kowloon Dairy in 1940, so obviously he was already a successful business man.

I have come across lots of information about Rudy Choy in the Sir Lindsay Ride Private Papers at the Australian War Museum through HKU Archives & Special Collection where Elizabeth Ride had deposited copies.  However, I'm not sure there was anything about how Rudy Choy joined the BAAG.  I should think he joined after serving in the Hong Kong Volunteer Defence Force during the War (but I need to confirm with some research or Elizabeth Ride might have better idea).

Off the cuff, he was an important agent in enemy-occupied HK in the early days of the occupation. A link man for a group operating via Macao from Forward Area 2 centred at Samfou (Kaiping).  He was arrested after visiting the British Consulate in Macao (as were many agents & friends) for business other than BAAG operations. The BCG-Macao was under Japanese surveillance. He got himself released and went to Free China where he became a member of the BAAG HQ.  He worked in the Security & Counter-espionage Section and controlled agents in S.China in the later part of the War.  He was made Captain towards the end of the War.

Eurasians were neither British nor Chinese, hence, true Hong Kongers.  There was an active Eurasian Group amongst the BAAG operatives behind enemies' line.

I met Rudy Choy in the 60s when he was GM of Miramar Hotel.  Post-war, he was a key organiser of BAAG reunions.  I helped Elizabeth Ride restored a film belonging to Sir Lindsay Ride  of one such reunions in which Rudy Choy featured prominently.

My own Godfather at infant baptism was Leo Choy.  Gerald Choy was a classmate of Paul Tsui at Wah Yan & HKU.  I'm not sure if they are brothers or cousins.

Many thanks Lawrence. My father first met Rudy and his wife Louise in 1945 and they remained friends until Rudy's/Louise's death. I also knew Rudy from when I first arrived in Hong Kong in 1970 and remember many visits to their beautiful house in Stanley before it was demolished and turned into townhouses.

I believe their son Anthony still resides in Hong Kong.

Extracts of Statement by Rudy Choy, 1977:

End December 1941/beginning Janaury 1942:  Contacted Mrs Reeves here in Hongkong on behalf of Mr Reeves.  Succeeded in getting Mrs Reeves out of Hongkong and rejoined her husband in Macao.

Returned to Hongkong early 1943 with messages and made contact with Mr Ma for his dockyard work.  Messages, blueprints, information etc passed through me for re-deivery to Macao.

Caught by Japs may 1943 and tortured both at HQ Gendarmerie and at Stanley. Released August 1943.  WaIchow [BAAG AHQ] sent an agent to get me out, but I had made my own arrangements. Left for Macao October 1943 and made contact with BAAG HQ by radio.  Left for Kweilin early 1944 via Fort Bayard and reported to HQ Kweilin Feb/March 1944.  Worked in civilian capacity while wating for a comission.  Commissioned in 1945. 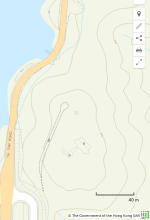