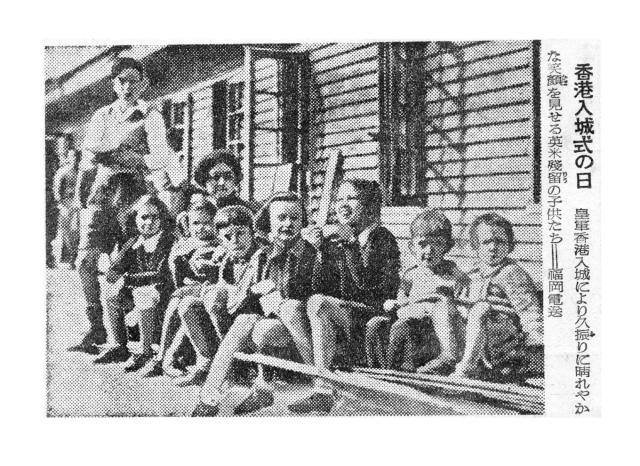 Cropped from this page.

"Related to the city entering ceremony by the Imperial army, detained British and American children were with bright smiles not seen for a long time."

Date is a guess - definitely in late Dec 1941, but not sure the exact day.

I've been wondering where this photo was taken. My only guess was that the hut looks vaguely like the huts around Murray Parade Ground: 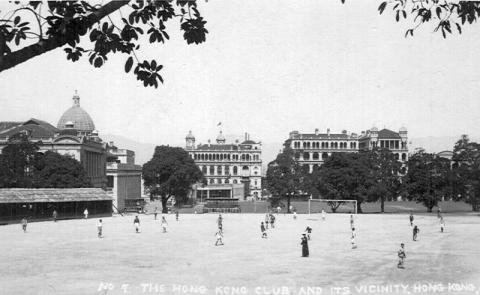 Tony Banham to the rescue:

My guess is North Point Refugee Camp. Children were certainly held there before that date, and saw the first POWs arrive.

I asked Dee Dee Bak, who was captured with her family in the Taikoo Docks and taken to North Point Camp before the first troops arrived there. she said:

Not sure about the kids in the photo but the 3rd from the right looks like Julie Bonner whose Dad was I think a Tug Capt. from Taikoo Docks and killed. Mother later married Capt. Worrall and may also have been a tug capt. from Taikoo. The one next to her could be Mavis Thirwell also a Taikoo child. She certainly looks like Mavis. The child on the right sitting next to the standing teen looks like Delores, younger sister of Julie. Their mother was I believe from Peru. Did not know them at North Point but Delores became my best friend in camp. I actually have a copy of this photo plus another of some children in camp standing on the steps leading down to the kitchen in the Indian Quarters.

Thanks Tony and Dee Dee. Unless we hear anything to the contrary, North Point it is.

North Point Refugee Camp was completed in November 1938 to accommodate the influx of refugees from the Mainland. The camp comprised 26 huts of timber construction with concrete floors, except the kitchen which had brick walls. Access to the camp was via Kam Hong Road (St) and Marble Road. 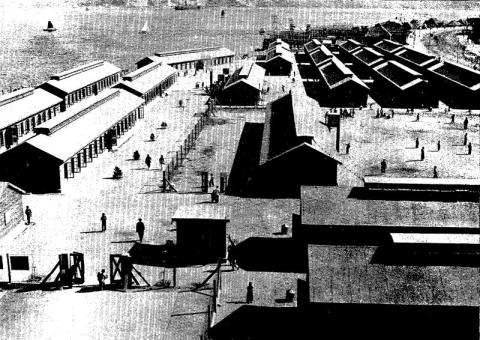 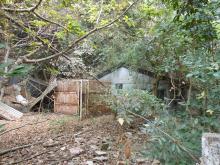