The HKRC Headquarters in Admiralty had been in use since 1965. With the rapid expansion of HKRC services in recent years in response to society changes and rising diverse needs, and to match Government’s land use planning for the Admiralty headquarters site, the HKRC Headquarters confirmed to be relocated to Hoi Ting Road, West Kowloon in 2010.[Completion Date:  September 2015]

The 3-storey HKRC Headquarters, located in 33 Harcourt Road, Admiralty, commenced operation in 1965, which was the tallest building in the district at that time. In early years, the headquarters of blood donation and the blood bank were on the ground floor, they were relocated to King’s Park Rise, Kowloon later on.

So this building was torn down the make way for new ones. The HQ officially closed an September 11th, 2015. My guess for demolition date is end of 2015. 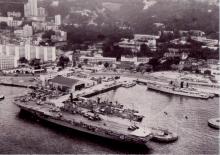 Its available in Chinese only

A video can be watched here.

(Hong Kong, September 11, 2015) Over the years, traffic reports have often said that "the red tunnel is jammed to the Red Cross." This statement may soon be changed because the Hong Kong Red Cross (Red Cross) is located in Klm. The operation of the clock headquarters will officially end today (September 11) and successfully complete the 50-year historical mission.

The Red Cross’s headquarters at 33 Harcourt Road, Admiralty, has been in operation since 1965. There were no high-rise buildings and government headquarters nearby. Instead, it was next to the government’s helipad and the rear was the British Army’s Tianma Naval Base. The Red Cross was the tallest building in the area at the time. Due to its unique location, there were not many other buildings in the early years and there were no zebra crossings nearby. It was not convenient for Red Cross volunteers and members of the public to come to the headquarters. They often ran across the road in danger.

Later, the Red Cross service increased and the department expanded. The blood donation service center, auditorium and training room at the headquarters were gradually converted into offices. Different activities, competitions, first-aid training classes, and the swearing ceremony of the uniform team were required to be changed to other The place is held. Since the headquarters was designed in English in the same year, there is a small terrace in the room on the second floor. There is a birthday and anniversary of the Queen of England. The British royal staff also watched the parade on this terrace.

A few bits of info :

After a small period of time a decision was made to centralise blood collection. She was asked to attend an interview where RunRun Shaw,Mrs Castles, and a number of others interviewed her. She started at the Anne Black Head Quarters where a blood donation centre was already set up primarily for the military. Blood Collection was primarily from Service personnel for Service Peronnel. There was a active mobile unit going out to Naval Vessels at moorings in the harbour. My mother told me in the beginning the nurses would take a sampan put to a Ship and knock on the hull to alert some response. Since the men saw a friendly female medical nurse their accepted, they were invited on board. And collected in glass bottles. Bags and other " modern " paraphernalia was introduced in the following years.

My mother spearheaded donor recruitment with a team of bilingual women such as Valery Hoffer who's husband was GM of the Mandarin International Hotels, Pat Arculli whose father was an old China Hand living in a house in Stanley Village . There was a host of others, more and more from the Chinese Community. But typically I don't remember them, but know my mother regarded them as intrigal . It was RunRun Shaw's imagination that the growth would come from the Chinese Community.

In the beginning my mother told me there was a tree across the road from the Queen Elizabeth Hospital were labourers would wait to get selected. They were given a sum for their troubles.

This tree was known as the blood tree.

From small beginnings and direction from RunRun Shaw my mother employed countless numbers of permanent and part time staff. A large number of them came from the nurses passing through HK.

My mother went to various conferences, in Jakarta, Manila, ..where other heads of Blood Collection would pass on their information . After one such conference she sent an enquiry to an Ambulance  manufacturer in Germany. 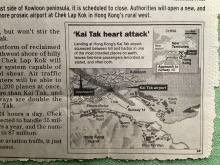