We hear that Mejima, head of the Civil Administration in HK who has recently been on a visit from Tokyo, is due back today and is bringing with him good news for the internees. The guesses are that we shall hear either, that we are to be repatriated; that we are to receive more IRC food supplies or our allowances are to be given to us. I sincerely hope it is the first, but quite probably it will be none of them. Perhaps he hasn’t even been to Tokyo!

The Japanese, a few weeks ago, sent in 10 small rice grinding mills – the hand turned affair – and these have been distributed between the blocks. People were issued with the surplus rice that was mounting up in the block store and we were able to grind it into quite a fine rice flour. With this, a little dripping and soda bicarbonate from the canteen, plus a small percentage of flour that was issued to us some time ago, we have made cakes, scones and pancakes which have really been quite a success and help out the bread supply. The trouble was that they were terribly dull with no flavouring, so today we went half shares with Isa in a 3 oz bottle of cinnamon which we bought from the canteen for Y2 (pdv £11.25).  Though expensive, it should last a long time.

To return to the entertainment – ‘Spring time for Henry’ should have been presented on Feb 11th, but it became evident that Bush’s ability or experience as a producer was somewhat limited and in the end he asked Mrs Gordon Jenner to come along and say what she thought of it. Mrs Jenner was a war correspondent who was caught here during the blitz. I am not sure if she is attached to any particular paper or whether she is a freelance journalist, I expect the latter with commissions from one or two papers. Incidentally she is most indignant at being kept here by the Japs in contravention to international law.

She says that after the foreign diplomats, war correspondents should have been the next to be released. For some 10 years she was dramatic critic for some American paper (her husband was an American, she, I believe, is Australian) and spent much of that time in the studios and homes at Hollywood where she got to know most of the leading film stars and picked up a good deal about film technique and production. Well, she had a look at the play and said straight away that it would have to be postponed till March. She attended one or two more rehearsals and Bush gradually handed over the production to her, saying that he would become Stage Manager. Then Stophani-Thompson began to find it difficult to attend all the rehearsals as he was representative of his block and was also attending a course of shorthand lessons, also not feeling too well. At all events he began to be difficult and I became aware of all this when Peter Mills and Mrs Jenner came to ask me if I would be willing to take over Gordon’s part ‘Henry’, the lead, with the production due in 4 weeks time.

I read the play and realised that ‘Henry’ should be played by a comedian (the play is a farce), which I am not; but I noticed that in the original production in New York the part had been played by Leslie Banks, which surprised me for I do not consider he is a comedian. That rather encouraged me to try! For it would be a completely new type of part for me, though I felt (and still do really) that Gordon was more the type for the part and it was a pity that difficulties had arisen. However, I said I would have a try if it would help things in general and not become a feud; so at the next rehearsal when, apparently things came to a head and Gordon tentatively suggested that another Henry be found, Jenner rather took the wind out of his sails, poor chap, by telling him that one was already forthcoming! So for some time Y and I were rehearsing for different shows at the same time.

The trouble about rehearsals is that they generally have to take place during meal times, as these are the only times when St Stephens Hall, the community Hall and BCC office are free from school, lectures, office work etc. When only one of us was rehearsing, the other could prepare or keep the meal hot.

‘Springtime for Henry’ was quite good fun, though I myself never really felt convincing in my part. Richard Mills was superb as Jellywell and Peter was equally good as Miss Smith. Freddie Dalziel was good but miscast as Mrs Jellywell (Bush’s fault!). Three weeks before the play was due, Jenner took her courage in her hand and made the two girls swap parts! It was a change for the better though temporarily upsetting.

Bush was removed from this camp by the Japanese about 10 days before the date of the presentation, so he never saw his precious play at all! It was as well he handed over the production to G.J. He was sent to Argyle Street Camp because he was a Naval Officer (or wavy Navy) and only got here in the first place because he was trying to locate his wife – who is Japanese who, after the capitulation here, evidently managed to return to Japan – and then was kept on as a Japanese interpreter.

The play was eventually presented on Thursday 25th March with a full dress rehearsal on the previous Tuesday (attended, as usual by a large audience) and subsequent performances on the following Saturday, Monday and a request repeat on the next Friday. By the time the show had come off most of us were getting a trifle temperamental (including Elma Kelly, the promptress). The script was cut – literally slashed – and whole chunks of it re-written and the end changed! I don’t suppose Ben Levi would have recognised it. But it greatly improved the play!

The Mills and Freddie had been going hard at the thing since before Christmas, so why they weren’t screaming mad by 25th March I don’t know. Richard was the only one left in the original casting. In spite of all this the play was a huge success. It was a farce pure and simple and we took it at a rollicking pace and that just suited the mood of the pent up internees here. As it was a small cast it meant we all had big parts, but it was worth all the work.

The last repeat performance went completely flat! For one thing it came after a longish interval and we felt it was a bit of an anti climax and for another thing it was attended largely by the aged and infirm, (for whom seats were reserved) and people who had seen it before – and I don’t think a farce like that should be seen twice in quick succession, for the element of surprise is then missing. Maudie was press ganged into arranging the flowers for the show, and Yvonne stood by in the wings to help me with a very quick change into evening clothes.

During all this, Sheila and John Robertson and occasionally I, had been scratching our heads for something to do on St Georges Day. We read numerous plays and then thought ‘A Midsummer Nights Dream’ or ‘The Merry Wives of Windsor’ would be most suitable, for Shakespeare’s birthday also falls on April 23rd. However, owing to the exceptional lateness of Easter this year, Good Friday fell on April 23rd and so St Georges Day was automatically put back till May 4th. But none of us was willing to produce Shakespeare.

In the end we gathered together an unofficial committee and after many meetings we decided on this sort of programme – an historical sequence of items:

Having eventually drawn this up we cast about for a suitable producer who would undertake the organising and welding of the whole thing into one consecutive programme and avoid bitterness. James Norman was asked (he had been largely responsible for some very good Police Concerts) and the programme submitted. He attended the last meeting. (The St George’s Society had woken up by then and sent it’s Vice President, Mr Cornell, along) and much to our surprise he not only undertook to put on the show, but with apologies to the committee, he presented an entirely new programme prepared by himself! It had taken him an evening to do what the rest of us had spent days over though our suggestions may have guided him.

The rest of us thought it seemed all right and were so glad to find someone who would undertake the job that we gladly accepted.

In the mean time Cyril Brown had asked me to take the part of Herod in Mansfield’s ‘Passion Play”.  It was a small part and I said I would. Richard Mills took the part of Pilate, Winnie Cox his wife, Lourence ((maybe Hans Lourenz?)) was Longinnis, Gordon Stopani-Thompson the Chief Citizen and Cyril Brown the old blind beggar. There were other speaking parts and quite a large crowd. Richard and Lourence were excellent in their parts and so was Gordon. I appeared as a young dandified Herod – sly withal – and rather fancied myself in my splendid robes, gold chains and blazing rings and crown or circlet. My robes were an under gown of pale green – a lovely Chinese silk housecoat that Yvonne had brought into camp and is carefully keeping (the last of her trousseau I think) – and a superb over robe of vividly contrasting crimson – another ladies dressing gown! – girdled with the girdle of Yvonne’s robe. These reached practically to my feet.

Pilate’s costume was very convincing – a white sheet edged with red (white material dipped in red ink).  The sentries and centurion were awfully well got up – armour made from these big babies milk tins and helmets from cardboard on wire frames painted with silver paint that happened to be found in camp. Bill College was responsible for the properties. The play is in verse and has some quite fine passages; but my feeling is that it is rather harsh. However, it was well and reverently attended and went quite well I think. The make up was a lengthy business. 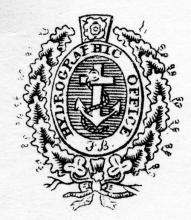