Wilkinson & Grist 高露雲律師行 is one of Hong Kong’s oldest and most established law firms with a long tradition of excellence. Its history is traced back to 1883 when the firm was founded by Mr Daniel Edmund Caldwell. In 1886 he was joined by Mr. Charles David Wilkinson and the firm’s name was changed to “Caldwell & Wilkinson”. When Mr. Caldwell left the firm in 1891, Mr. Wilkinson was joined by Mr. Edgar James Grist and the firm’s name was changed to Wilkinson & Grist. However, the firm’s Chinese name, “高露雲律師行”, has always remained the same.

Both Mr Wilkinson and Mr Grist were very active in Hong Kong in business, public service and social circles.

Mr Wilkinson was a keen sailor and a member of the Hong Kong Corinthian Sailing Club. Professionally he was involved in maritime cases and co-authored the book “Navigation of Ships in Fog”. Patent and trademark law practice in the Far East region was also a major area of his practice. In 1907, he published a book entitled “History and Law of Trademarks in Hong Kong”. This book was well received and a second edition of the book was published. Intellectual Property has therefore always been a very important part of the firm’s practice and this, of course, continues to this day. We pride ourselves on working closely with many multinational and local corporations, the Government of HKSAR, major institutions and universities in relation to their intellectual property matters.

Mr Grist was a keen cricketer and golfer. He was a Chairman of the Hong Kong Golf Club and one of the pioneers of the Fanling Golf course complex in Hong Kong. The complex is where the Hong Kong Open is played each year.

Our firm is mentioned often in the old Hong Kong law reports and we acted in many of the leading cases in the early legal history of Hong Kong. Built on this tradition, dispute resolution remains one of our main practice groups today.

Beginning as a fishing village, Hong Kong has developed into a world city and major financial centre in just more than 150 years. Our corporate / commercial and real estate practices have grown with the development of Hong Kong. Today, our firm’s very active corporate / commercial and real estate teams act for major international and local clients.

Following the opening in 2000 of our office in Beijing, we set up our own IP agency in Beijing in 2004. The agency was the first foreign wholly owned IP agency approved by the PRC State authorities.

Due to our reputation, our firm has attracted invitations from many international and leading law firms for mergers with them. However, our wish to remain independent to best serve our clients’ interests has outweighed other considerations. We therefore continue to be one of Hong Kong’s leading independent law firms.

Many of the solicitors and staff in the firm have served their whole career with us. They have enjoyed the friendly working environment and the spirit of camaraderie in the firm.

Set out below are some of the important milestones in the firm’s history:

1886 Charles David Wilkinson joined the firm and the name of the firm was changed to “Caldwell & Wilkinson”.

1891 Daniel Caldwell left the firm and Charles David Wilkinson was joined by Edgar James Grist. The firm’s name in English was changed to Wilkinson & Grist but the Chinese name “高露雲律師行”, remained the same.

2000 The firm opened an office in Beijing 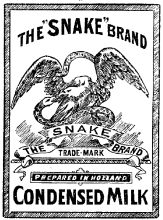 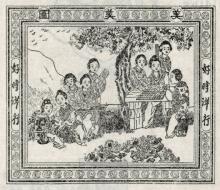 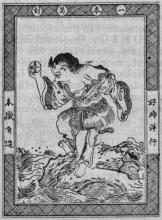 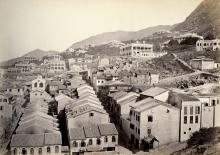