I am seeking any information In regards to richard Henry Hamson , I would like to find any pictures or newspaper cuttings either about his marriage or birth notices of his family , his wife was Fanny but i want to know her maiden name and where she came from as she is my grandmother and the missing link in my family tree

A victim of cerebral hemorrhage at the age of 60 years, Mr. R. H. Hamson passed away in the early hours of this morning. Deceased leaves two sons, Messrs. A. B. and E. B. Hamson, and a daughter, Mrs. H. L. Fox, who are all in Hong Kong.

As Chief Engineer of the s.s. Kwong Sai, he had a large number of friends in shipping and other circles. He was an Australian by birth, but made his home in Hong Kong. His wife predeceased him. The funeral is to take place this afternoon, passing the Monument at 6 o'clock.

Mr. Richard Henry Hamson, mechanical engineer, late of 4, Leighton Hill, Road, Hong Kong, who died at the age of 60 on the way to the Government Civil Hospital on March 14,1931, left local estate valued at $51,000.

Probate of his will has been granted by the Supreme Court to the two administrators named in the will, Messrs. Alexander Allen, of the Hong Kong and Shanghai Hotels, Ltd., and William Allen formerly of the Eastern Extension Telegraph Co.The deceased is survived by two sons, Messrs. Arthur Bird Hamson and Anthony Edgar Bird Hamson, and a daughter, Mrs. Constance Bird Fox, all resident in Hong Kong. In his will the testator made bequests to his sons and daughter, to his sister, Mary Steer, and to his god-son, V. E. Archie, and directed that $200 be paid to each of the executors for their trouble in the management of the estate. 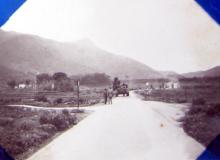