This small book was published by R C Hurley in late 1902. It seems there weren't many copies printed, as I can't find mentions of other copies on the internet.

There's an introduction, then twenty-five photos, one per page, and finally a list of the photos (see below for text). The photos weren't printed as part of the book's printing process, instead each photo is a separate photographic print, stuck onto the page.

The copy I have must have originally been given as a gift, as it has a handwritten note in the front:

With the <writing unclear>
Compliments of the Season
Xmas 1902

This copy was kindly donated to Gwulo by Janet Hayes. 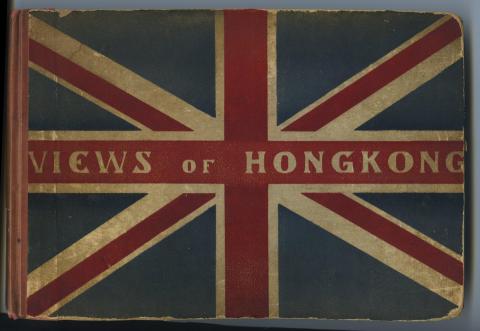 This modest collection of Hongkong Views has been made by me this year, and in comparison with my “Sixty Diamond Jubilee Pictures" published in July, 1897—now Five-and-a-half years ago—shows many striking additions and improvements in the rapid developement of this wonderful British Crown Colony.

From personal experience as also from current report, it is, I think, gratifying to be able to state that impressions generally created in the minds of the travelling public (especially of Our American Cousins) are most favourable. I have heard it said with considerable nasal emphasis, “John Bull, I guess, has evidently come to stay.” One and all seem to agree that Hongkong with its magnificent harbour, its green slopes and pine-clad hills, its palatial residences, bold Victoria Peak and Tramway,—evolved as it has been out of a barren rock during the last sixty years,— is quite a marvelous production.

Commercially, Hongkong ranks as one of the most important shipping centres of the world, the result of Free Trade fostered by a liberal administration.

I trust this little album will be found interesting as showing a British Crown Colony up-to-date. 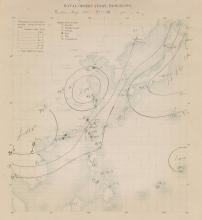