Here's the report that IDJ posted from the 27 Jan 1947 edition of the SCMP:

The Philippines Airlines Dakota plane, PIC-2, which was reported missing since 3p.m. on Saturday, was located about 9 a.m. yesterday. It had crashed on Mount Parker, Hong Kong Island, burst into flames and been destroyed. The four members of the crew, including a woman (Stewardess) were all dead. The plane carried cargo only, including a shipment of gold valued at US$15,000,000 consigned to seven banks. Some of this rolled down the hillside and some melted, but it is understood that almost all has been recovered. Mount Parker is 1734 feet high. The pilot, flying in thick rain mist, failed to clear it by about 50 feet.

A Dakota C47, the plane was specially chartered to carry the large consignment of gold bars and coins, said to be valued at HK$60,000,000 for seven local banks. The RAF said that the plane left Makati airfield, Manila, early Saturday morning and was in almost continuous radio communication with Kai Tak. At 3 p.m. the plane was making its approach to the airfield from the south and was receiving its final instructions preparatory to the let down. The pilot was told to climb higher. The message was not acknowledged and contact was not re-established. It was thought that the pilot may have decided to put back to Manila, but when the bodies were found, a watch on one of them had stopped at 3.02p.m.-indicating that the plane had hit the mountain almost immediately after the signal was sent. On Saturday the RAF could not say that the plane was missing until enquiry had been made from Manila to discover whether she had put back there-as another plane recently did. Manila’s reply at nightfall was negative. Meanwhile RAF search planes and rescue teams had been made ready; but it was too late and the weather too thick for an air search. The Police and Army were notified.

It was first thought that the plane had crashed outside Hong Kong in pirate infested waters. HMS Finisterre and other naval and police launches were sent on Saturday evening to conduct a thorough search, with the order to continue operations at night. They covered a considerable area, including Junk Bay-leading to rumours that the plane had hit Devil’s Peak. A villager passing the Shaukiwan Police Station late Saturday night reported that he had seen something burning faintly on the hillside, but although more searching parties were sent out, they could not confirm the report as it was dark and misty and the hillside was difficult to climb. Rescue parties combed the hills early yesterday morning and the wreckage was located about 9 a.m. when the mist had cleared somewhat.

High police officials, including Commissioner of Police ASP Luscombe and ASP Kellett arrived at the scene soon after the wreckage was located and a police cordon was immediately thrown around to guard the gold bars and coins which were scattered about an area 100 feet wide. According to the police 60% of the valuable cargo could be recovered easily, but some coins were fused into the metal of the plane by the intense heat. The plane had broken her back and was in two pieces, with charred wreckage covering an area some 15 yards wide. The crew consisted of Pilot, O.T. Weymouth, Co-pilot, M.A. Lim, Radio-Operator, B. Merza and Air-Hostess, Miss I. Chuidian. The police located the four bodies lying among the ruins, burnt beyond recognition. They were brought down from the mountain yesterday afternoon.

Salvage work soon began and when a SCMP reporter visited the scene, more than 30 gold bars had been recovered and loaded on a lorry to be taken to the vaults of the Hong Kong And Shanghai Bank. Over 20 coolies and several constables were seen coming down the dangerous slope nearly 1,000 feet from the road, each carrying a gold bar weighing over 10 pounds. It is believed that the plane carried 2½ tons of the valuable metal. The valuable cargo is said to be consigned to seven banks in Hong Kong and is said to have been insured with Lloyds. The consignees are the Hong Kong and Shanghai Bank, the Chase Bank, Bank of Communications, Belgian Bank, American Express, Bank of East Asia and the Salt Industry Bank. An official of Philippine Airlines came by plane from Manila yesterday afternoon. The scene of the disaster is about 1,000 feet above the Island Road, a few minutes drive from Shaukiwan Police Station. Mount Parker is at the eastern end of the island, in the loneliest section, with no settlement near it. This, and the fact that the plane struck the far (south) side of the hill-top in thick rain fog explains why the crash was not seen or heard and why the wreckage was not located earlier. It was learned from the police last night that the scattered gold coins had not all been recovered and that heavily armed guards were on duty at the scene throughout the night.

IDJ added that the crash  "scattered millions of dollars of gold bullion across part of Mount Parker on Hong Kong Island. Metal detectors enthusiasts be aware there still may be gold in the hillls! Although no doubt the bank's insurers would want a share if any were found even after all this time."

We'll find out, as the SCMP reports that Craig and a couple of colleagues recently discovered one of those scattered gold coins: http://www.scmp.com/magazines/post-magazine/long-reads/article/2067213/…

I still waiting for Craig to stumble across Jimmy Hoffa...he's seems to have found everything else up in those hills, it's only a matter of time ;-)

Defintely would love to bring

Defintely would love to bring my own detector to search that place if i know the exact location.

Ken Worthington visited the site in 1947 and took this photo:

I wonder if anyone to share information about the exact position of the plane hitting the mountain.  As the environment in Mount Parker has changed a lot after all these years, I have encountered much difficulties in finding out such information on my own.

I am also researching the location and have even gone to Mt Parker to localize the place. I have not yet found it. Would you like to keep in contact?

It's actually possible to determine the location by doing a simple comparison between the SCMP image on the link and the 3d modelling of Mt Parker on Googleearth. The latter has taken in enough detail for you to be able to compare the various dips and ridges - at least to get a reasonable idea of the location.

you will not find anything.., but go for it

I personally have been up there several times and there is hardly anything left of the aircraft.., you may find a rivet or two.  Remember, those hills were barren back in the 40's.  I can assure you that either the Police or the locals have been picking that place clean for decades.  Good luck getting through that thick forrested area on the steap side of the hill now.  It is not much fun and no reward.. other than an outting!

Does anyone have interest to partner up to go search, purely for safety reasons and getting another point of view.  I have been there several times to scout where the site might be.  I think I have a good idea if you see the terrain and go buy the description of being being 1,000 feet above Island Road (which I assume changed its name to now Tai Tam Road).

It seems the overal area is not as large as I thought.  From the top of Mount Parker, the slope is steep and it feeds into a gorge, very likely it is in or near the gorge which is a small area.

BTW, to the posters on this story, a metal detectionist did find a gold coin and parts of the plane just 3 or 4 years ago.

I would welcome any commentary you have and/or join up for outing.

I am interested in detecting around there together, to improve safety. I have been up there around 3 times, and 1 detecting, all with my wife.

I think we are talking about the same area, as we used the same tips to find the spot. Nevertheless, I feel people prefer not to openly share the place here, so let's talking in private? I tried to text you, but I could not find how to send you a direct message. Do you know how?

Thanks Andre for the reply.

I look forward to hearing from you.  Regards, Allen

It is hardly a secret

People, up until recently, have flown in from around the globe with the hopes of finding gold scattered along the slope.  Remember gents, that hillside was barren for close to 20 years after the wreck.  This was NOT a secret.  Locals frequented that spot for decades and combed it.  You now scarcely find a rivet, let  alone a gold coin.

Thanks for you post, I keep in mind that just in recent years, a gold coin was found along with a cabin clock.

From what I knew, they really swept that place well after finding the coin...it's unlikely to find anything left on the slope but yeah there's a chance.

Yes, I can imagine finding one they were up there many times.  It's a hobby to me and gets me out of house, I understand there was a WWII encampment there, so probably end up finding related items.  I did find a bullet cartridge.  Stay safe, Allen

And THAT article sparked renewed interest from around the globe.  There are even YouTube videos of tourist idiots clambering around expecting to find gold bars laying around. 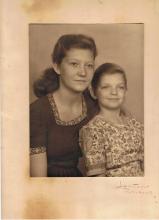