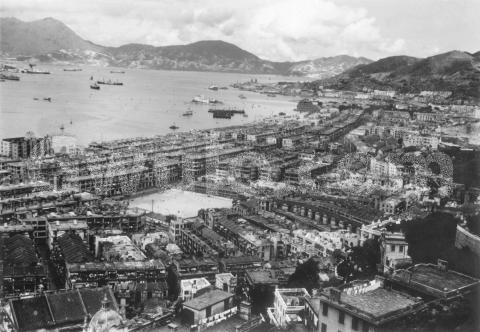 Where: Looking out over Wanchai, with three landmarks to help us get our bearings:

Then how about the photographer? Where were they standing to take this photo?

The roads in the bottom-left corner can help us answer: 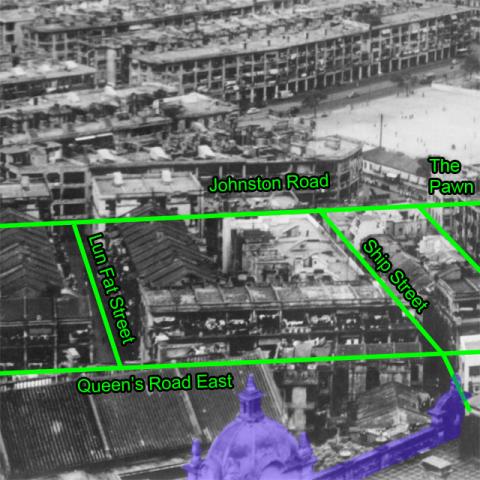 I'm not sure how high up the hill the photographer was, whether they were above or below Kennedy Road. The building highlighted in blue has a distinctive outline, and might be visible in views of Wanchai from the harbour to help answer that.

More confirmation of the location from the bottom right corner: 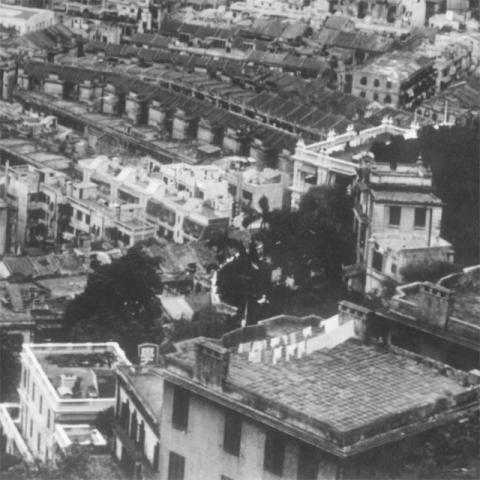 If you follow the washing line to the left, there's the top of a sign for a school. Can anyone identify which school it was?

We can see also see that the hillside curves out around a spur. We can see that curve in Kennedy Road:

When: I bought this photo as one of a set. They're mostly photos taken in the mid-1950s for sale to tourists, but this one was taken earlier. I'm hoping you can help me pin down the exact date.

The first clue is the old Causeway Bay typhoon shelter. 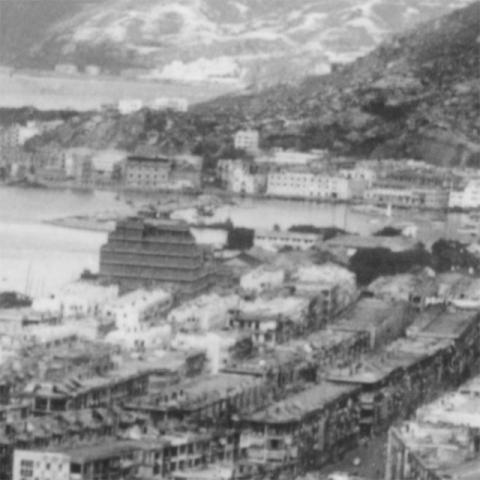 In the 1950s it was filled in to make Victoria Park. There isn't any sign of reclamation work here though, so we must be earlier than that.

Next look to the left: 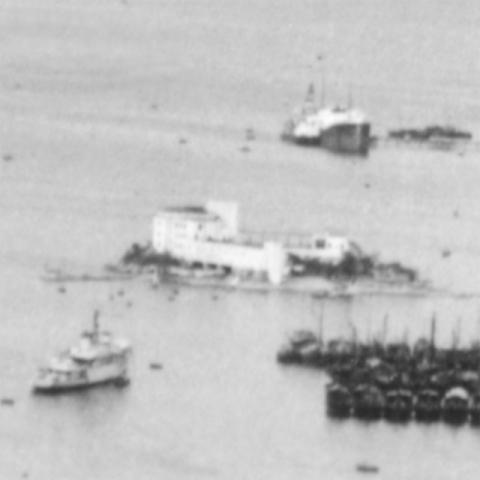 There's a smart new building on Kellett Island. Compare it with this view taken around 1930: 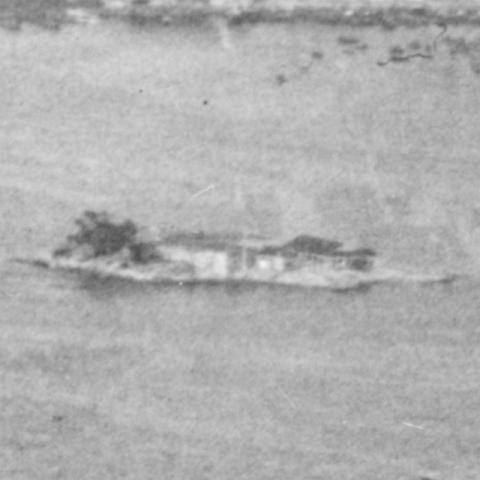 The new building is the Yacht Club's clubhouse, completed in 1940. So we're later than that.

Then was the photo taken before or after WW2?

The ship above Kellett might tell us. It is moored at the pier belonging to the Asiatic Petroleum Company. Does anyone know if the pier was still in use after WW2?

Or how about the tenement buildings in Wanchai? Wanchai was badly damaged by American bombing during WW2, as shown in this 1945 photo: 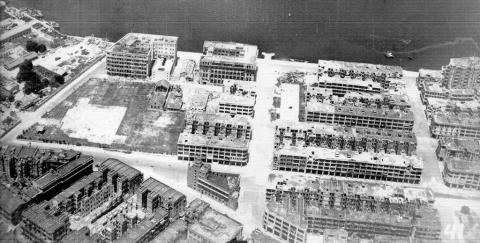 Now compare Luard Road in both the photos: 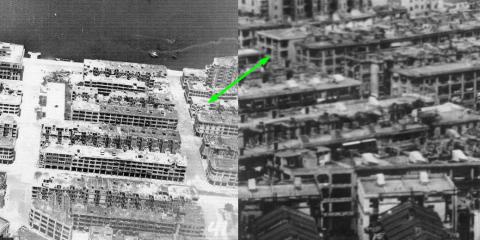 The corner of the building has collapsed in the 1945 photo, but it is intact in the main photo. Either the main photo was taken after the damage was repaired, or it was taken before WW2.

Look across to Southorn Playground for the last clue: 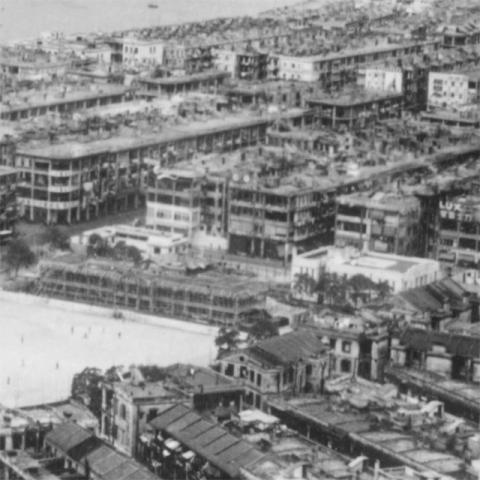 The white building on the right is the Violet Peel Health Clinic. It was completed in 1935, which doesn't help us. But can anyone identify the building under scaffolding to the left? Its construction date will giive us a firm date for the photo.

The buildings facing the playground have a couple of advertisements: 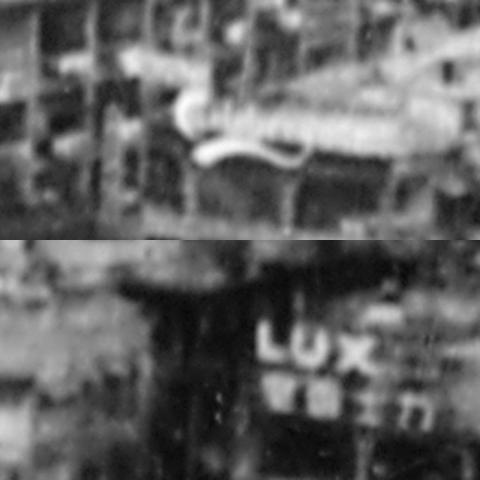 With a bit of a squint I can see Carlsberg & Lux, two brands with staying power!

The building under scaffolding was the War Memorial Welfare and Recreational Centre (formerly the Children's Playground Association, now the Hong Kong Playground Association). The building opened on 5 June 1950. China Mail 6 June 1950 refers. I guess your photo is from early 1950. Facing the Welfare and Recreational Centre and in between the two white buildings, would be a full size outdoor basketball court which opened in July 1950. A roof would be added to it not long after.

A photo of the building appears in the Sunday Herald dated 4 June 1950.

Thanks Moddsey, I was guessing it was taken around 1940, so I was a decade too early!

To save you from your squint 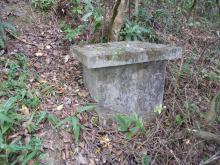