Evidence of the area that a place name refers to

My friend is doing a project and is looking for textual evidence of the area (or boundary of the area) that a place name refers to.  For example, what area does the place name "Wan Chai" include or describe?

For now, he is working on three place names -- Wan Chai, Pok Fu Lam and Ngau Tau Kok.  The evidence can be historical or current, but cannot be graphic or based on maps.  If you come across such pieces of evidence, please post them here.  Thank you!

In addition, you can share your opinion about the boundaries of these or any other place names.

"PERHAPS after the Peak, the Colony’s most famous sight, is the drive round the island. Leaving the city in a motor car, the visitor has three choices before him—he can go via Shaukiwan, via Pokfulam, or via Jubilee Road.

Although slightly longer, the last is usually acclaimed the prettiest. The way first lies through the western Chinese district. After the city has been left behind, the coast is followed. Added to the usual Hongkong beauty, is the sylvan setting, which often recalls an English country lane. The Jubilee Road converges with the higher Pokfulam Road some distance before Aberdeen is reached.

Taking the Pokfulam Road, the visitor leaves the city via Garden Road which branches off Queen’s Road opposite the cricket ground. From Garden Road he turns into Caine Road; and after passing Government House, with its Indian sentries standing guard, he goes through the upper residential district and below the University situated some distance above. Leaving the city, the Road follows the contour of the Hog’s Back until Pokfulam is reached. Here the visitor will note the Dairy Farm Company’s green pastures; also the French Mission a castellated building with the publishing branch for issuing books, including dictionaries, in every Oriental language.

Shortly after the Jubilee and the Pokfulam Roads join, looking back the visitor will note the houses perched along the ridge of Victoria Peak (1825 feet) and the Matilda Endowment Hospital crowning Mount Kellet (1680 feet.) Just before Aberdeen is reached, a Chinese hillside cemetery is passed.

Aberdeen itself is a Chinese fishing village— township rather—with two dry docks belonging to the Hongkong and Whampoo Dock Company, and a paper mill owned by a private concern. Junks give Aberdeen its chief local fame and it is a notable sight to see the fishing fleet under sail.

After passing Little Hongkong, the typical Chinese village, the visitor comes to Deep Water Bay, where the Royal Hongkong Golf Club has its 9-hole course.

Round a steep spur, and he suddenly sees Repulse Bay. This beautiful spot, with its pretty hotel and delightful bathing beach, is indeed the Mentone of the Far East. The Hongkong Hotel Company’s motor buses make the journey this far (via Pokfulom [sic.] only) and the visitor wishing to make the complete circuit will have to come in his own car."

From pages 111 and 112 of "Hongkong. A brief history and guide of Hongkong and the New Territories" published by Kelly and Walsh, Limited, in 1924.

Also I corrected one aspect of the original post -- it should be "Ngau Tau Kok", not "Ngau Chi Wan".

Here's what I think about Pokfulam. The first evidence would of course be the historical Pokfulam Village, and the nearby reservoir. Starting north from there Queen Mary hospital and the cemetery are generally considered to be in Pokfulam as well. Even further north is the university campus which claims to be part of Pokfulam (see its address) but that seems to be quite a stretch. Pokfulam Road ends at the Western Magistracy, but I think it is fair to say the area only extends to its junction with Pokfield Road.
Going south from the village, Pokfulam covers Chi Fu Gardens all the way down to the junction with Victoria Road. Wah Fu is generally regarded as an area of its own, though it contains the Pokfulam public library.
Not sure if Mount Davis, Sandy Bay, and Cyberport are part of Pokfulam. You might also find the Pokfulam Moratorium relevant.

A lot of what you've said are common beliefs but they are mostly incorrect.

First of all, aligning with old English road naming principles, Pok Fu Lam Road is merely a road TO Pok Fu Lam, NOT THROUGH.

Therefore technically ONLY the end of the said road is Pok Fu Lam proper, NOT EVERYWHERE ALONG.

Unfortunately no one in Hong Kong is aware of this, hence causing a lot of confusion everywhere.

Secondly, one locale name doesn't become the subset of another, so a lot of of the places you mentioned are in in fact OTHER SEPARATE locales.

Thirdly and subsequently from the other two, since there is not a standard "suburb" system set up in Hong Kong, a Hong Kong address or name of the property is often not, and should NEVER be, an indication of where a place actually is.

Wah Fu estate and the Pokfulam public library are in Waterfall Bay, so is Pokfulam fire atation(according to point of access principle). Queen Mary Hospital is on the slpes of High West, The University of Hong Kong main campus is on the slopes of Hill above Belcher's(Lung Fu Shan).

First of all, thank you for your input.  The area of Pok Fu Lam is ambiguous in many people's minds.  Acckan, thanks for pointing out that HKU claims that it is in Pok Fu Lam, which is puzzling.  I am not sure if Pok Fu Lam extends all the way to Pokefield Road even -- but many would consider Queen Mary Hospital to be in Pok Fu Lam.

Acklbbc, I agree with you about the English road naming.  This is probably how the confusion arose with the tentative naming of Mau Tau Wai Station and To Kwa Wan Station on the Shatin-Central Link currently under construction. In my opinion, these station names were incorrectly transposed.  It is great to have properly delineated districts in Hong Kong, but the government is not likely to pursue this in the near future.  Why don't we start to share our ideas here? 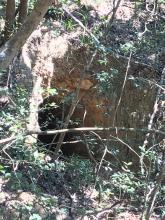