1949 Fight for Sight Fashion Show at the Gripps, HK Hotel 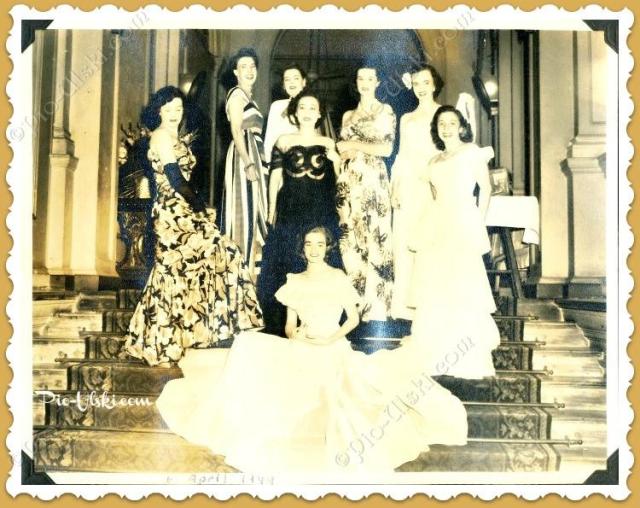 The Gripps was a restaurant in the Hongkong Hotel and it was where the Rotary Club had their "Fight for Sight" fashion show, which was organised by my mother as manageress of the Linen Chest, in the early 1950s.  The charity fashion show was put on to raise funds for a second Trachoma Clinic run by the Rotarians.

The article above is of interest in that it gives a lot of names so I typed it out so it could be read easily ...

“Fight for Sight” will be the motto at tonight’s Hong Kong Rotary Club Annual Charity Ball at the Hong Kong Hotel, where local Rotarians will gather in force to help support the organising of a second Trachoma Clinic.

The annual ball will be sponsored by the Governor and Lady Grantham, who will be welcomed on their arrival by Mr George Lin, Chairman; Mr D S Hill, President; Mr P F Fung, Vice-President; and Mr John W Y Yuen, Hon Secretary.

Rehersals were successfully carried out yesterday under the production of Mr Mena Silas, well-known showman, credited with the four musical comedy hits in Shanghai and Bombay.  The entire music to the “floor shows” has been composed by Mr Silas, played by Sof Faller and his Orchestra.

Pupils of Carol Bateman, Miss Greta Lo (“The Doll”), Miss Kirsten Rasmussen (“The Imp”) and Miss Marie Anne Galgin (“The Sylph”) will provide some of the highlights of the evening’s entertainment with their classical dance numbers.

The main feature of the evening will be the song “Fight for Sight” which has been specially composed by Mr Silas to be the theme song of all Rotarians.

The “Fight for Sight” campaign has set the target at $20,000 to maintain the clinic this year. The fund will be needed to procure medicines and to pay nurses and Clinic rentals.  Doctors, all Rotarians, serve the Clinic gratis.

Since the inception of the first Trachoma Clinic a year ago, more than 10,000 patients have been treated free of charge.

Models for the "Fight for Sight" fashion show whom I could name ...

I have the names of the other models but can't put a name to a face, HOWEVER, I do think that #8 is Miss H Anderson!

The president of the Rotary Club in those days was David Smith Hill, who was also known as David Hill.  He and his wife, Naomi, were great friends of my parents, and their daughter, Deidre, was in the same year at KGV as my sister, Lindy.

And this photo, taken on Tai Mo Shan in 1952, is one of me (little squirt at the back), Lindy and Deidre Hill (in white skirt) on my father's car! 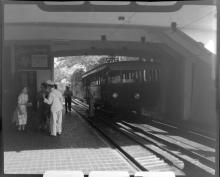