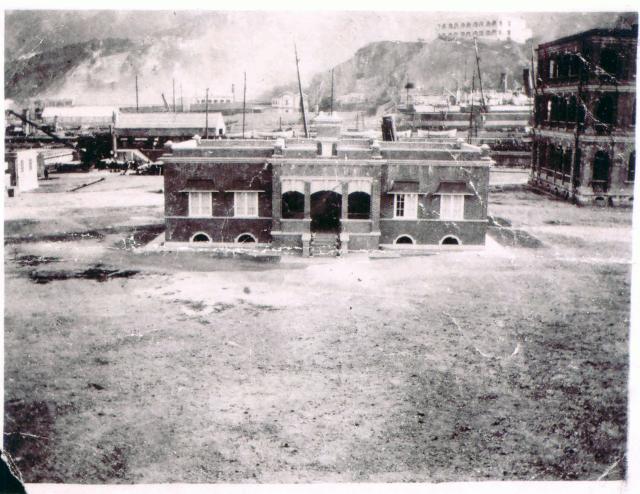 I thought you might be interested in this photo taken by my grandfather Harry Blakey (1884-1936). He was a marine engineer who worked for a time for the China Navigation Company, serving on the S.S. Shuntien. My guess is he took the picture around 1910.

Harry probably took the photo from a ship moored alongside the seawall at the top-right corner of this map:

His photo shows a funnel peeping over the roof of the low building in the foreground, that would have belonged to a ship in the dry dock. In the background we can see ships pulled up on the slips.

Is the building on the hill in the background Kornhill? 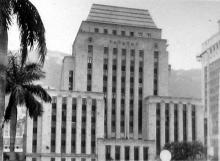