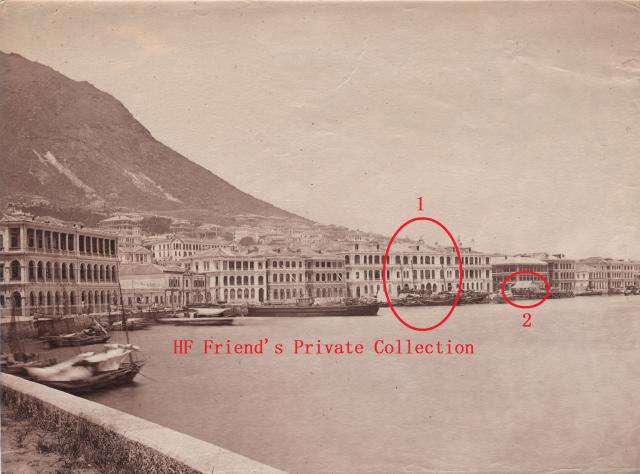 Quite a fine assortment of typical mid-19th century Hong Kong harbour craft in this picture - small lorchas, a big lighter and a number of gigs.

First, the lighter - just above the word "private" - used to transfer bulky cargoes between ships lying at anchor or at a buoy in the harbour and the godowns ashore, and vice versa. This would be towed by a steam tug.

Next, the small lorchas - in the ellipse marked "1". These are single masters and would be used mainly for moving people and small amounts of goods over shortish distances.

Finally, notice the white painted rowing boats hanging in davits along the edge of the Praya. These are gigs, used for transferring Important People between ship and shore - each one rowed by a crew of four oarsmen, with the VIP sitting in the stern sheets.  They are fast boats and as such are lightly built and therefore kept hauled out of the water to save them from being knocked about. They are painted white to help keep them cool and reduce the shrinking of the clinker planking in the heat. In New York harbour at this time such boats were called "Whitehalls", after the originals that were found on the Thames plying for hire from Whitehall Steps, but these are all privately owned. A Hong could be judged on the smartness of its gigs.

Any business that had to do with the harbour would have had such a boat - shipowners, shipbrokers, ship's agents, Lloyd's Agents, surveyors, chandlers, providores and Pilots but also such businesses as seamen's tailors who would row out to an incoming ship, measure the crew and get their shore going clothes made up and ready double quick.

Hi, I wonder if anyone can help me please?

Sir Paul sold his motor launch "Christine" (named after his companion, later to become Lady Chater) to Alfred H. Rennie in December 1906.  Rennie wanted it to replace his that had been lost in the typhoon.  He renamed it "Canada" and changed the original steam motor to a liquid fuel one.  Sadly, Rennie didn't live too long to enjoy his new boat as he died in 1908 falling from it in the harbour.I know the story of Rennie and his business difficulties, it is the launch and any launches that belonged to Sir Paul Chater that I'm interested in.

Any help would be appreciated. 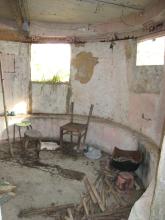