Today it's part of Queen's Road East, but originally Queen's Road only ran east to around the junction with Kennedy Road. The last short section of road over and down to the juction with Morrison Hill Road was called The Gap, or later Gap Road. 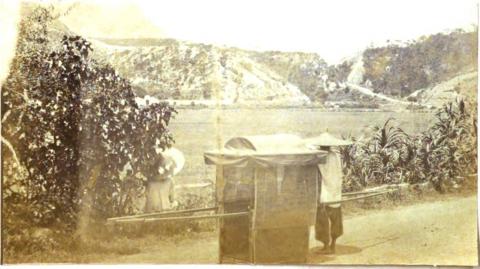 Here's a photo of the gap. When Morrison Hill was still a hill, the road ran through a cutting, or 'gap'. 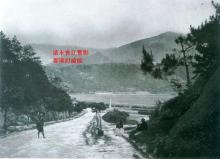 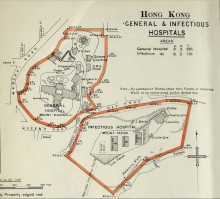 Any idea when it was

Any idea when it was incorporated into Queen's Rd East?

I'm guessing it was when they

I'm guessing it was when they threw Morrison Hill into the Harbour for the Wanchai reclamation.  http://gwulo.com/node/7795

GA 1934 (suppl) no.142. Tenders invited for the erection of an Advertisement Hoarding at junction of Gap Road and Morrison Hill Road

Changes to road names would be announced in the Gazette, so that would be a good place to look for a firm date.

The China Review, Or, Notes and Queries on the Far East, Volume 18

Wang Antung and Hienling, visited Hongbong (11 May, 1843) were freely introduced to Hongkoog society, dined twice with Sir H. Pottinger, drove out in a carriage (the first that passed the gap) to the Happy Valley, spent an evening at the Morrison Education Society's Institution (on Morrison Hill),

"Government plans to change the name of Gap Road to Queen's Road, East.

Any objections to this alteration should be addressed to the Director of Public Works, Lower Albert Road within one month"