Opened in 1876, went out of business a few year later. The large chimney on the site survived for a few years until about c1890. Described as Jardine’s second sugar refinery in Hong Kong

In 1876 several Europeans financed by Chinese capital built the Oriental Sugar Refinery on property now defined by Swatow and Amoy Streets. It also soon failed and passed into receivership. Eventually it was taken over by Jardine, Matheson and Company and was merged with their China Sugar Refining plant at East Point

Source: The London and China Telegraph: 1877

The Oriental Sugar Refinery of Hong Kong is designed for the partial cleansing of raw sugar by the Weinrich patent centrifugal process. It is at present almost entirely employed in cleansing low sugars, which after preliminary treatment are completely refined at the China Sugar Refinery. It is capable of treating from 40 to 60 tons of sugar per day; the quantity operated upon being dependent on the quality

The Swatow Refinery at present being erected in similar design to the Oriental Refinery at Hong Kong. The machinery of both HOuses was manufactured by Messrs. Manlove, Alliott & Co, of Nottingham England

The Hong Kong refineries supply themselves with raw sugar not only from China, but also form the Philippines, COchin China,m the Straits Settlements and even from Java

The raw sugar is usually packed in mat bags, weighing about 1&½ picul each, and the refined in double matt bags of much superior quality, containing generally 1 picul each

A dispute over the ownership of the property in 1879 can be found in Chinese Middlemen in Hong Kong's Colonial Economy, 1830-1890 by Kaori Abe 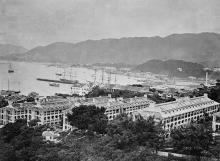 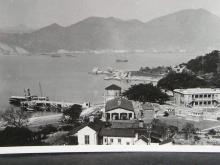