Li Shu-fan was a senior Hong Kong surgeon and owner of a private medical facility in pre-war Hong Kong.

Before the war he voluntarily put his hospital at the disposal of the Government in the event of an attack as part of Dr Selwyn-Clarke's reorganisation of Medical Defence arrangements. During the hostilities he became Medical Officer in Charge of the hospital, working continuously alongside the other doctors to treat the wounded.

Because he was both a Chinese Nationalist and on good terms with the British, he came under Japanese suspicion during the occupation - probably only his reputation, which extended to Japan, saved him from arrest. In 1943 he was put under pressure to become head of what he regarded as a collaborationist medical association, which led him to plan and execute an escape from Hong Kong in late July 1943. 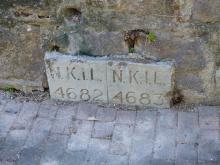